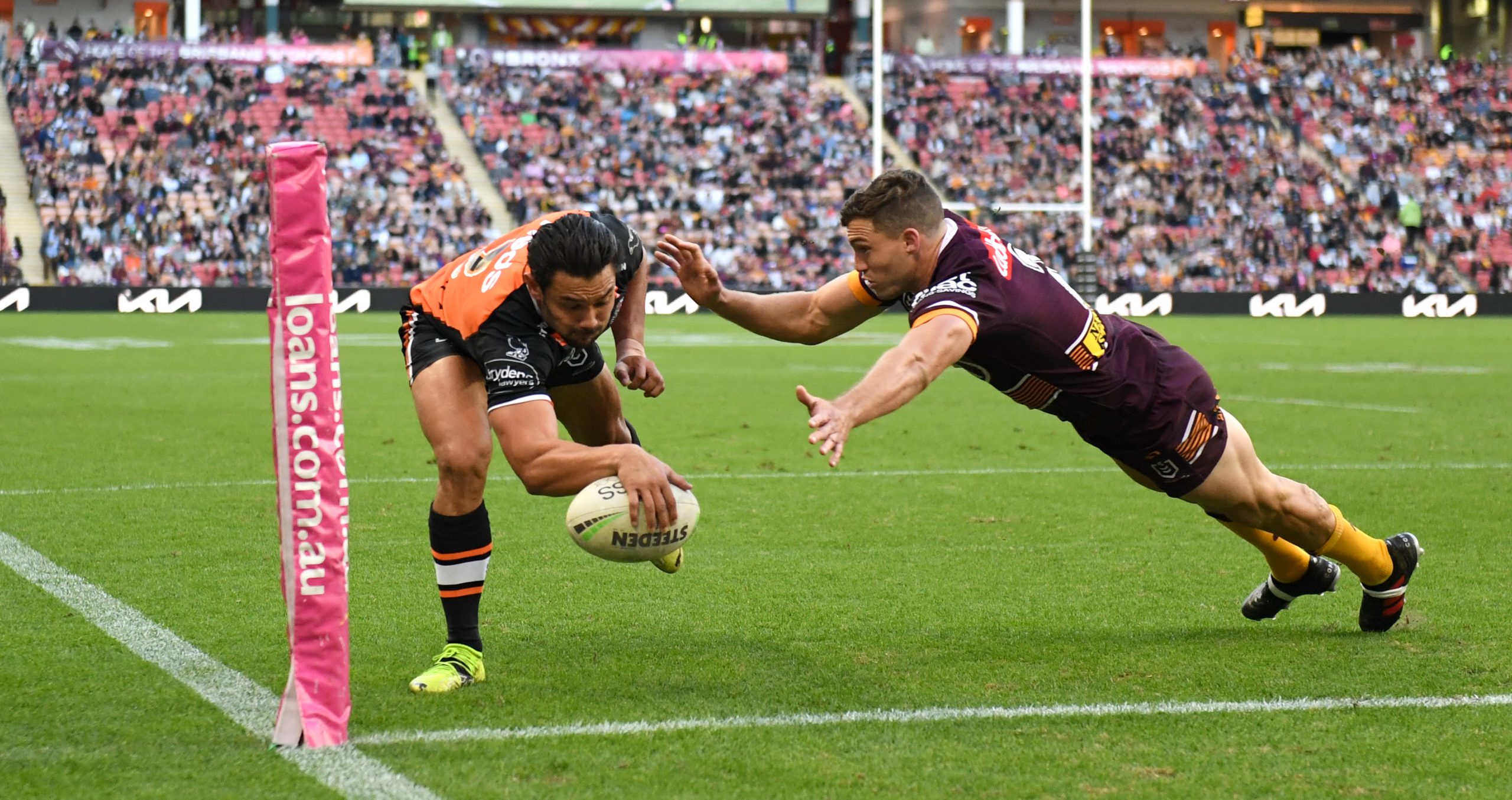 As a centre, Adam Doueihi sure makes a pretty good five-eighth.

The 22-year-old has revelled in his return to the halves to prove the difference as the Wests Tigers ran out 42-24 NRL winners over Brisbane at the Suncorp Stadium on Sunday.

Tigers coach Michael Maguire needed someone to stand up after three straight losses to keep their faint finals hopes alive.

Trailing 24-20 in the 51st minute, the Tigers remarkably scored four unanswered tries as Doueihi ran amok in a stunning return to the halves after featuring in the centres the past six games.