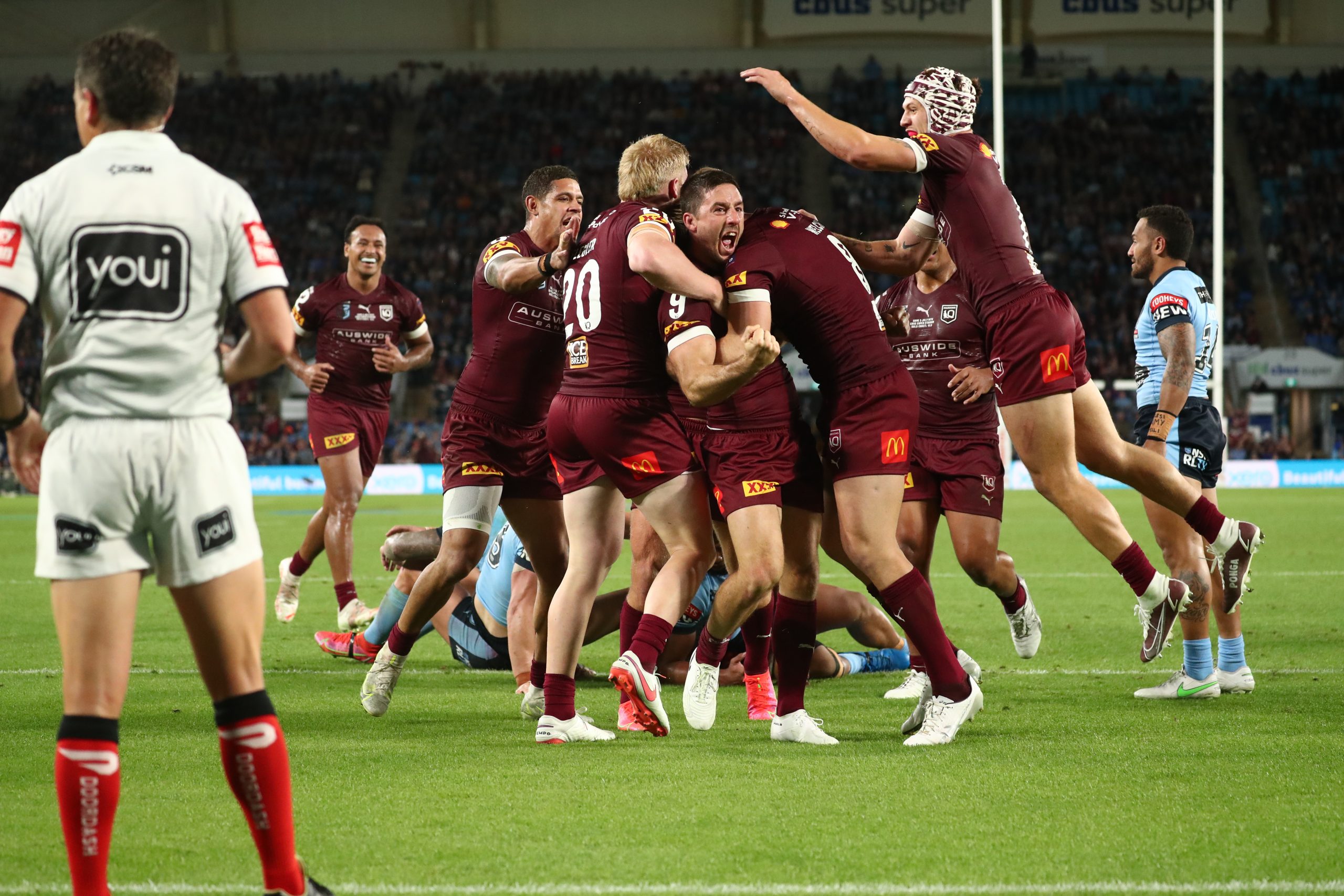 Ben Hunt starred as Queensland restored a little of their Origin reputation with a gritty 20-18 win over NSW in the final game of the 2021 series at Gold Coast’s Cbus Stadium.

The three-match series was already lost with the first two dominant wins by the Blues. But maybe the humiliation of all that was what prodded the Queenslanders into making sure they didn’t suffer further embarrassment by losing 3-0.

A double by Hunt in the second half laid the foundation for the upset, denying NSW what would have been their first clean sweep since 2000.

But it was touch and go for the majority of the match – the lead changing five times.

A Valentine Holmes early penalty ensured Queensland wouldn’t be whitewashed on the scoreboard like they were in game two.

But another hiding appeared to be on the cards when Latrell Mitchell stepped inside his South Sydney teammate Dane Gagai to score in the 10th minute – his sixth try in seven Origin games.

Debutant Hamiso Tabuai-Fidow wasn’t following that script though, as he supported forward Tino Fa’asuamaleaui to score his maiden Origin try. Queensland was back in the lead 8-6.

The score remained that way until the halftime siren, but Queensland suffered a blow when goalkicker Valentine Holmes hurt his right shoulder in a Cameron Murray tackle and did not return.

That brought AJ Brimson into the centres, pushing Tabuai-Fidow out to the wing.

A lot of the fluency was gone in NSW’s attack with a new pair of halves, but Mitchell Moses’ defence was a standout and his positional kicking was on song.

His five-eighth Jack Wighton scored the Blues second try to get them back in the lead 47th minute at 12-8.

Hunt replied with a scurry from dummy-half in the 56th minute but then finished off a brilliant attacking raid instigated by Kalyn Ponga.

But NSW wasn’t done with yet. Blues hooker Api Korisau also scored on debut after Mitchell kicked twice in the same play to bring up a grandstand finish.