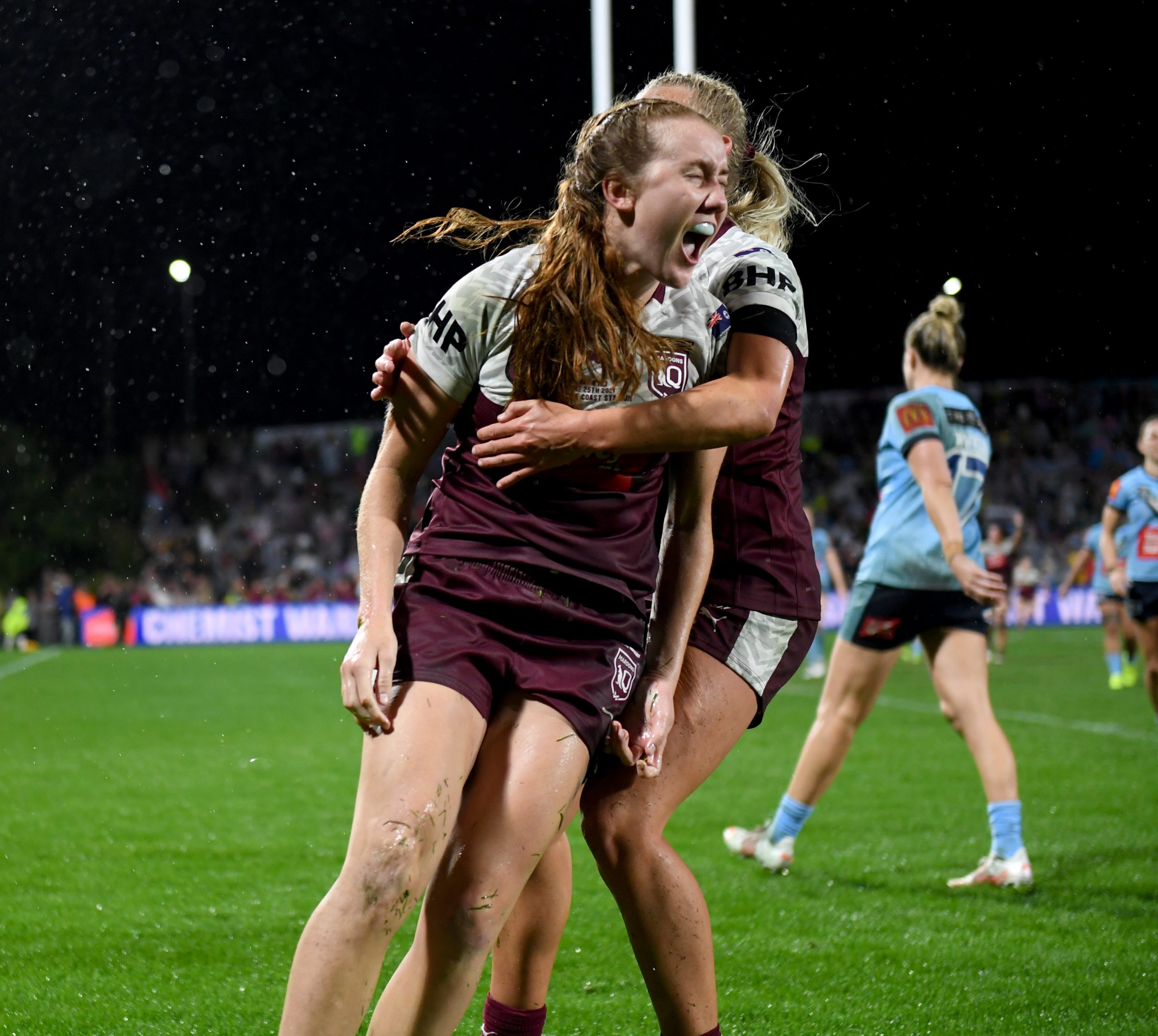 The 18-year-old got across the line twice in the first half, being held up once and then scoring the Maroons’ opening try in the 24th minute.

Brill’s try came 19 minutes after the Sky Blues had struck the game’s first blow through centre Isabelle Kelly, who found a way to get the ball down despite the attention of three defenders.

After trailing 6-4 at the break NSW drew level in the 53rd minute through a Maddie Studdon penalty goal before Queensland had a try disallowed to Tamika Upton in the 64th minute for obstruction in the lead-up.

A dropped ball by Kelly with four minutes to go opened the door for the Maroons and it was Lauren Brown who stepped up to ice the game with a penalty goal after Hannah Southwell was pinged for a leg pull in a tackle 10 metres out.

Brill finished the night with 29 tackles, four tackle breaks and 64 running metres to announce herself as an Origin star for many years to come while Tazmin Gray was another standout for the Maroons.

After losing the first two Origin games at North Sydney Oval in 2018 and ’19 the Maroons have hit back hard on home territory, winning last November’s clash and repeating the dose in 2021.