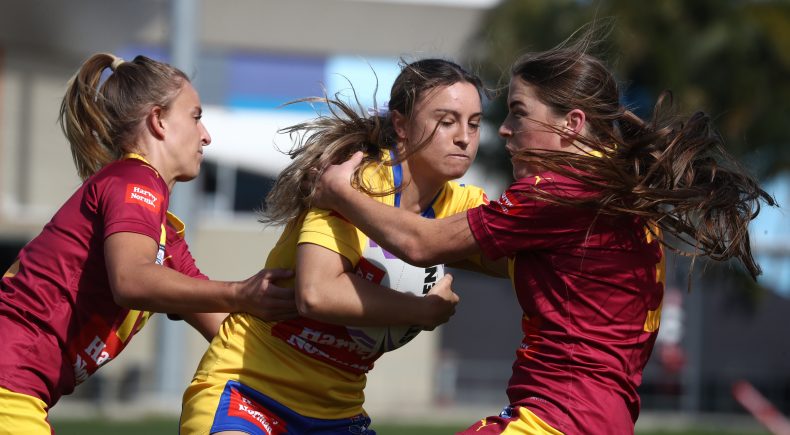 The NSWRL is pleased to announce the Harvey Norman NSW Under 19s Women’s team to face Queensland at the Sunshine Coast on Friday 25 June.

The team will be coached by Blake Cavallaro, who coaches the Indigenous Academy Sydney Roosters team in the Harvey Norman Tarsha Gale Cup.

Harvey Norman NSW Women’s State of Origin coach Kylie Hilder said she had been impressed by the performances of both teams at the National Championships.

“The NSW Under 19s City and NSW Under 19s Country teams both gave a good account of themselves at the National Championships and were both unlucky to miss out on the finals,” Hilder said.

“I’m really happy with the squad that has been named to face Queensland and I’m looking forward to watching the next generation of NSW stars when they take the field.”