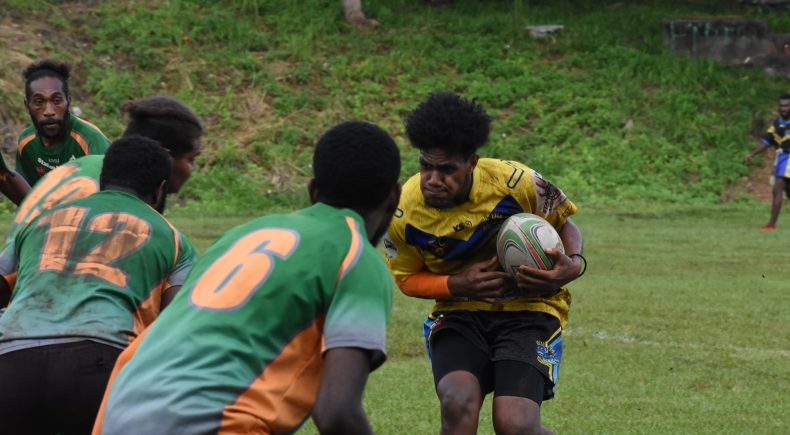 Competition newcomers, the University South Pacific (USP) Ruggers, have put on a dominant performance against the Mele Eels in Week Four of the Port Vila Men’s Championship over the weekend.

In just their second match of the season, the USP Ruggers recorded a 98 – 0 win over the foundation club at Erakor Field, sending out warning signs to the rest of the competition that they have joined the Port Vila competition to win it.

The result is the largest win by any club in the history of the Port Vila competition.

In the other Men’s Championship match played over the weekend, the Vanuatu Police Force also enjoyed a record win over the week, defeating the Uluveou Sea Lions 98 – 12 and making it two wins from two stars