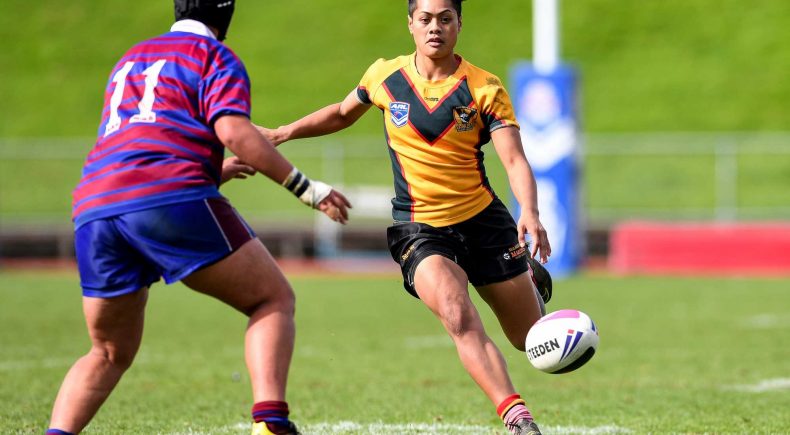 Match reports from Round 4 of the Farrelly Photos Women’s Competitions, played on May 21-23.

Farrelly Photos Women’s Premiership
Ponsonby 60 defeated Te Atatu 0
Auckland Vulcans star Sarah Filimoeatu scored four tries and Mele Hufanga crossed for three in Ponsonby’s big win over Te Atatu under lights on Friday night. The Ponies led 40-0 at the break and went on with the job in the second period.

Manurewa 34 defeated Pt Chevalier 20
Manurewa assumed the outright lead of the Premiership with a victory over their nearest ladder rivals, Pt Chevalier. The Marlins raced out to a 24-4 lead at the break, thanks in large to a first-half hat trick from Kere Matua. The Pirates did find their way back into the contest late on though, with one-time NRLW and Kiwi Ferns playmaker Charntay Poko leading the charge for them.

Richmond 48 defeated Pakuranga 0
Shaniece Monschau scored twice for Richmond in a shutout victory over Pakuranga at Grey Lynn Park. It was Richmond’s second win of the year.

Farrelly Photos Women’s Championship
Tuakau 0 lost to Glenora 36
Clementine Varea scored 20 points all on her own for Glenora in a shutout victory on the road to Tuakau. The Bears earlier led 28-0 at half time.

Manurewa 48 defeated Otara 4
Makayla Eli, Grace Tautuhi, Cammy Bell and Mackenzie Wiki all registered doubles for Manurewa in a big win over Otara. The match served as the curtain-raiser to the Premiership match between Manurewa and Pt Chevalier at Mountfort Park.

Marist 0 lost to Taniwharau 34
Taniwharau remain undefeated at the top of the table after getting past Marist at Murray Halberg Park. Roeliene De Plessis scored twice in the victory.

Howick 28 lost to Manukau 16
Mel Weilert starred for Howick in a home victory over Manukau. The Hornets led 20-8 at the break .