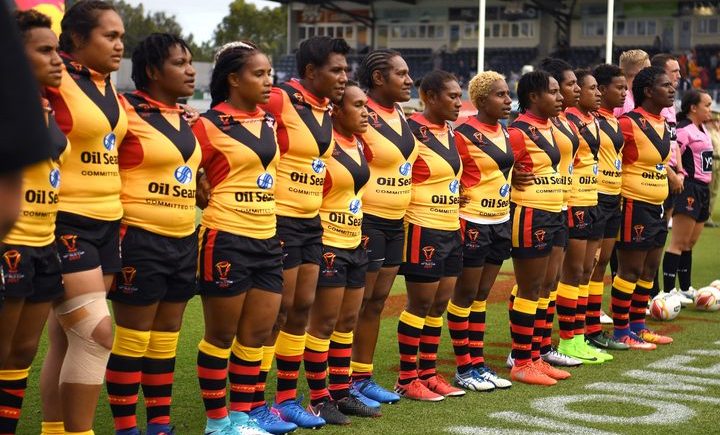 The deal is an extension of Oil Search’s 2020 commitment to the PNG National Women’s team and is worth K1.4 million all up.

Oil Search Country Manager, Leon Buskins, said the organisation was committed to providing opportunities for Women and Girls throughout Papua New Guinea to play Rugby League and to help the Orchids improve their world rankings.

“We were not able to sponsor (the Orchids) last year because of Covid-19 challenges and the number of international fixtures”, Buskins said.

“We are committed to roll over last year’s sponsorship to this year.”

“We started the inaugural sponsorship of the Orchids in 2017 as we believe the country’s national sport of rugby league should be the domain of men and women.”

“To bring together 17 or 18 women that make the final Orchids team requires substantial investment at the grassroots, provincial, confederate and national levels which are the pathway to identifying players”, he said.

“The funding that is provided through the Oil Search Orchids brand is actually used to support the women’s game at the grassroots level up to the national scene.”

“The commitment by Oil Search to roll over their funding support from 2020 is significant given that 2021 is a World Cup year.”

The Oil Search PNG Orchids will take part in the 2021 Women’s Rugby League World Cup this November. The Orchids are grouped with Canada, Brazil and hosts England at the tournament.