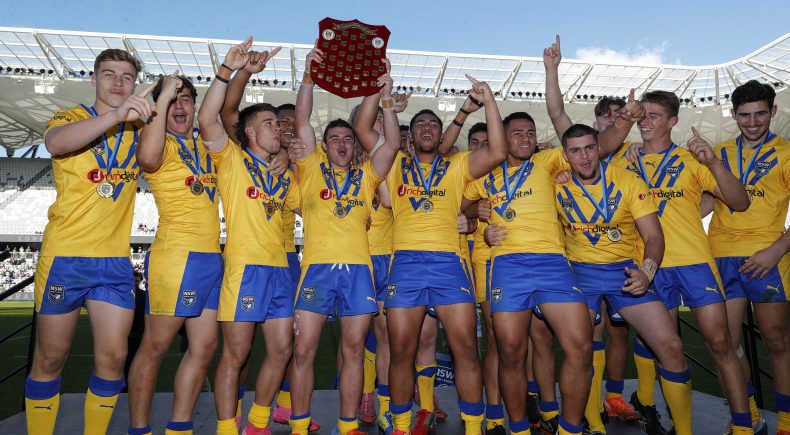 Justin Matamua starred off the bench with a hat-trick and a complete Man-of-the-Match performance as the Under 18s City dominated Country 46-6.

Two early knock-ons within their own 20m line had City on the backfoot from the get-go, forcing the team to defend their try-line twice within five minutes of kick-off. Despite the early opportunities Country were unable to crack the gutsy City defence, sending the ball over the touch line with overzealous grubbers.

A Penrith Panthers junior club combination of hooker Ryley Smith and halfback Jack Cole saw City cross for the first points of the game. Smith feigned a pass metres from the try-line, finding his Penrith teammate running at an angle to squeeze through the Country defence.

The gravity of the representative game seemed to simmer to the surface with City winger Michael Asomua rushing out of his line, landing a lone shoulder on Kane Rushton. With Rushton leaving the field for a HIA examination, Asomua was sent to the sideline for 10 minutes.

Despite not being able to capitalise on the under-manned City, Country managed to get on the board as Asomua returned to the field. Jessi O’Neill-Petherbridge slotted a perfectly weighted kick behind the City try-line defence as Matthew Wheatley beat his opposing defenders to ground the ball.

Scrambling in defence, Country was able to withstand multiple City line breaks but could not keep up with the momentum in attack. City’s Jack Cole took control of his team, choosing to send the ball back into the centre of the field on the fifth tackle.

The halfback found Justin Matamua with a short ball as the forward muscled his way through the Country defence to score his first try under the posts.

After a desperate Country defence gave up multiple penalties, City yet again found themselves in an ideal scoring position.

Siteni Taukamo spotted an overlap, sending an arching cut-out pass to his left edge winger Turoa Williams to score his first just before the half time siren. A missed conversion had City leading Country 16-6 at the break.

City returned to the field with the same confidence as when they left for half-time with Asomua crossing on the right within minutes of the restart as the play was shifted towards the short side of the play the ball.

Samuela Fainu and Matamua set the standard for the rest of the forwards with strong runs at first receiver, helping City storm through the middle of the field.

The ball was shifted quickly to the left edge as Turoa Williams finished to score his second try of the game. An unfortunate clash halted the game as Brody Briggs was taken from the field.

Matamua extended the City lead by another converted try after the short break. Charging from first receiver with an effective hit-and-spin meters from the try-line, the ball-playing forward claimed his second of the day to go along with his comprehensive performance.

Not content with City’s dominant lead, Matamua completed his hat-trick as the ball was dribbled off the boot from dummy half just short of the try line for the starring interchange player to break through the disjointed country defence.

Country could not contain City’s confidence as quick thinking enabled the team to extend the scoreboard. Brandon Morkos beat his opposing defender to score his first of the game as City sent the ball to the short side after a scrum.

To compound Country’s woes, right Winger Michael Whitton lashed out with his foot after a tackle metres from the try-line resulting in the Country player being sent from the field for the rest of the game.

City found the line for one last try seconds before the end of the game. Turoa Williams broke the defence at the start of a seven-tackle set finding Jabriel Kalache who outpaced his opponents as the siren rang out. A successful Williams conversion summed up the dominant performance.