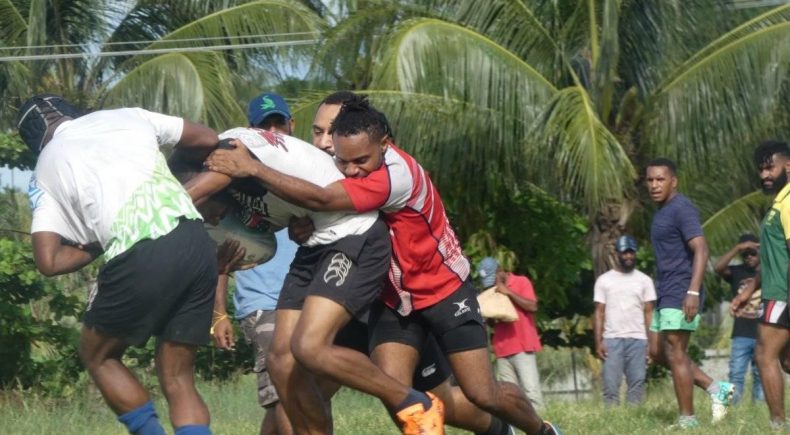 The BFour Ramnants and T1 Western Eagles will be watching today’s matches intently to discover their opponents in the DWU Unity President’s Cup Finals Series after both teams earned the week off.

The top two teams of the regular season won their respective Quarter Finals to earn a spot in the tournament’s Preliminary Finals next week.

Their opponents, the Enso Dollies and Mateco Warriors, will face the MCS Androids and Environmental Health Wellas respectively in today’s Elimination Semi Finals.

Meanwhile in the Women’s Finals Series, the DWU Fox (2) will face the Mateco Warriors in the tournament Grand Final after the Warriors overcame the DWU Fox (1) in last week’s Preliminary Final.

The DWU Unity Rugby League was established in 2016 by SRC President, Mr Jackson Kane Mulupe, and has seen the Tertiary institute run a series of Nines competitions, including the recent DWU Super Nines. The President’s Cup is a new thirteen-a-side competition, named in honour of the former SRC President.