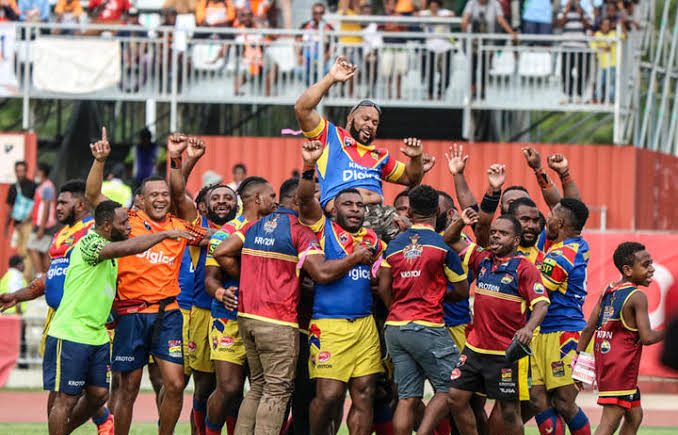 The 2021 Digicel Cup Season scheduled for kick-off this weekend has been delayed by three (3) weeks to the weekend of May 29, 2021. The decision was made at a special PNGNRLC Board meeting today.

PNGNRLC Chairman Adrian Chow in a statement issued today said the delay was due to members of one of the Digicel Cup teams testing positive for Covid-19 following routine tests undertaken on players and officials of the participating franchises teams.

Chairman Chow said the team underwent RTD Antigen tests this morning prior to their departure to Port Moresby in line with travel requirements put in place for all teams. “The results of the tests received indicated that two (2) of the members tests results returned as “positive” whilst the rest of the members were cleared as “negative for the covid-19 virus, Chow said.

“The two (2) affected members were immediately isolated pending further investigations and testings whilst the rest of the team has been put into ‘bubble-isolation for the required 14 days”.

He said all the franchises have been notified of the situation and decision and have been instructed to implement further restrictions and guidelines to ensure the risks to their teams are mitigated and managed.

“Following the decision by the PNGNRLC, all the franchises and our stakeholders have been advised of the situation and they understand the reasons for the decision,” Chow said.

“Due to privacy, I cannot at this time disclose the affected individuals name or team but we can assure all that they are being cared for and that we are focused on the wellbeing of all members and teams,” Chow said.

Chairman Chow said COVID-19 is a global issue and no one is immune.

“Many people around the world have been affected by the virus including sports people; and we are all vulnerable and it’s nobody’s fault.” Chow said.

“It is a reminder that viruses don’t discriminate and to do everything we can, to keep safe.”

“We are committed to the health and wellbeing of our players, officials, fans and supporters; and the broader community in Papua New Guinea,” Chairman Adrian said.
“This is why we have made the decision to defer the 2021 Digicel Cup Season by a further 3 weeks.”

He said this was a difficult but necessary decision. “We do this out of an abundance of caution and a respect for the game, our stakeholders, and the difficult times we have found ourselves in,” Chow said.

The PNGNRLC and the PNGRFL are working closely with the National Pandemic Control Centre and the PNG Sports Foundation Pandemic Committee to oversee the management of the situation to ensure the competition can resume in a safe environment for all.

An urgent meeting of all Franchise Chairman’s and Chief Executive Officers has been called for this Sunday in Port Moresby to discuss further appropriate actions to implement with regard to the competition going concern and the teams’ participations.