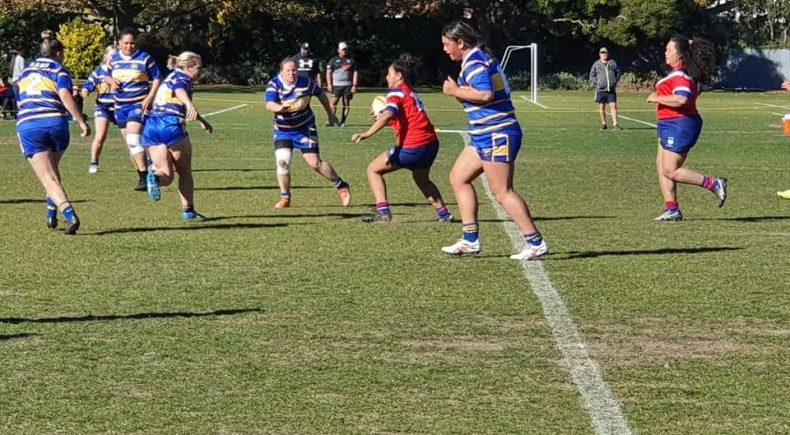 The Sydenham Swans have won the Mary Brennan Trophy after defeating the Woolston Rams 16 – 4 in last weekend’s Canterbury Women’s Nines.

The annual pre-season competition featured three clubs, with the Swans and Rams joined by the Burnham Chevaliers.

The Swans, once again showcased that they’ll be a force in the Canterbury Women’s Premiership, progressing through the tournament undefeated.

Former Kiwi Fern and Canterbury Women’s Rugby League Representative, Mary Brennan was on hand to present the Swans with the winners trophy.