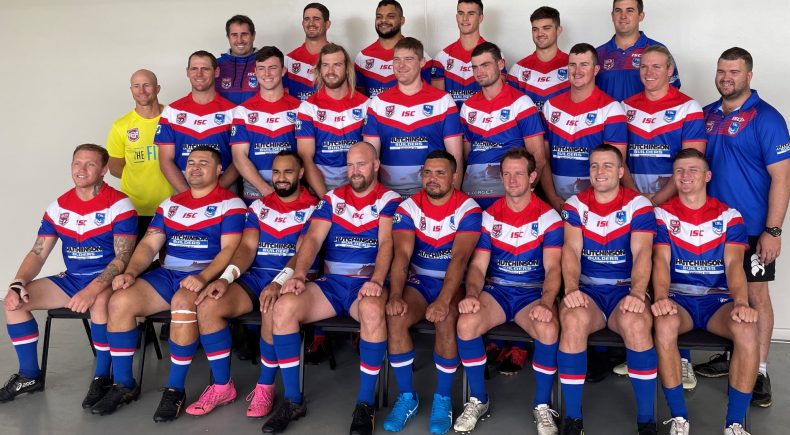 The Toowoomba Clydesdales have successfully defended their Men’s 47th Battalion title after defeating the Sunshine Coast Falcons 20 – 16 in the Carnival Final over the weekend.

In the 50th year of Central Queensland’s oldest and most prized regional trophy, the 2021 edition of the 47th Battalion featured representatives from Toowoomba, Wide Bay, Rockhampton, Bundaberg, Southwest Queensland and the Sunshine Coast in the three day tournament.

Defending Champions, the Clydesdales, started their 47th Battalion campaign with a strong 34 – 8 win over the Wide Bay Rangers, before being pushed all the way by the Rockhampton Rustlers in the tournament final. Rockhampton, who lead 20 – 18 with just minutes to spare, went down to the Clydesdales 24 – 20.

On the other side of the draw, the Sunshine Coast Falcons started their campaign with a 46 – 0 win over the Gladstone Raiders, before dismantling the Southwest Country Stockmen 36 – 6.

The 47th Battalion Memorial Trophy was donated in bt Bundaberg’s Peter Marcellos in 1971, who emigrated from Greece and served in the Battalion that the Trophy was named for in World War 2.

It was his tribute to the memory of fallen comrades during the battles in World War 2. The competition, which commenced in 1971, began an era which over the years drew together rugby league personnel and members of the 47th Battalion in a spirit of cooperation and remembrance of those members of the Battalion who paid the price to ensure this country retained its freedom and way of life.