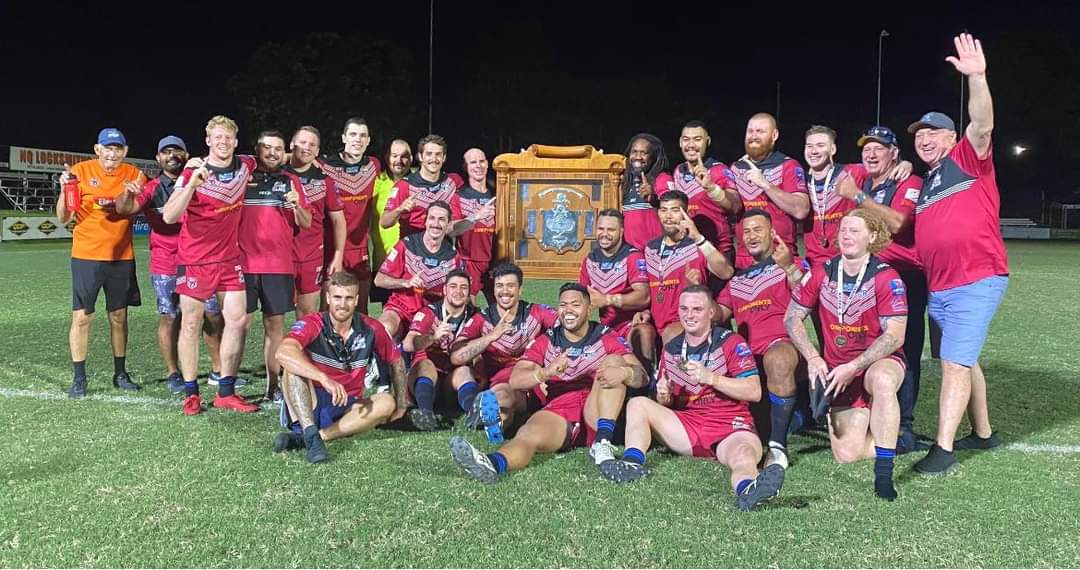 Mackay has successfully defended their 2019 Foley Shield title after defeating Townsville and Cairns in the weekends matches.

New Coach, Steve Jackson, help lift the Cutters to an all important 16 – 10 win over Townsville on Friday night before the Mackay team backed it up with a 46 – 18 win over Cairns on Saturday to claim the prestigious piece of silverware.

In the other match played, Townsville cemented second spot on the Foley Shield ladder with a 48 – 4 win over Cairns.

The Foley Shield was named in honour of Arch Foley – a member of the 1918 Townsville representative team who founded Townsville Souths rugby league club and formed North Queensland Rugby League in 1919 – the inter-region competition began in 1948 after the Carlton Cup was revamped to include more teams; including Cairns, Mackay and the Mid-West (including Mount Isa).