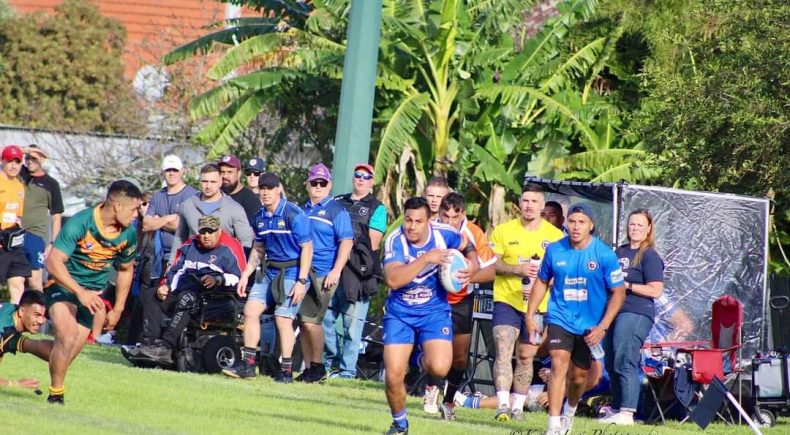 Match reports from Round 3 of the first division SAS Fox Memorial Premiership Qualifiers played on April 24.

Papakura 32 defeated Bay Roskill 26
Papakura survived a large chunk of the game a man down, and at one stage two men down, to pick up their first win of the season. After leading by 16 at the break the Sea Eagles had three players sent to the sin bin for ruck infringements in the second stanza, including hooker Jason Tou who had already spent time in there in the first half. Half Daylee Dutton’s kicking game was a telling difference for the Sea Eagles, while back-rower Duntaine Puna was strong in the pack.

Mt Albert 22 lost to Glenora 26
The Roope Rooster challenge trophy has a new home after Glenora wrestled control of it with a four-point win over a courageous Mt Albert side. The Lions were hit hard by injuries throughout the match, but almost overcame the odds to win after trailing 20-0 at the break. The sibling halves pairing of Zion and Kadiyae Ioka was key for the Bears, along with veteran prop Soape Kavaliku.

Howick 34 defeated Richmond 28
Howick dodged a late comeback to continue their perfect start to 2021, emerging as six-point winners over Richmond in a game where they led 34-16 midway through the first half. Prop Tony Tuia was among the Howick standouts, crossing for two tries.

Otahuhu 26 defeated Marist 18
Otahuhu got up for their second win of the year, outlasting Marist for a valuable home victory. Prop Connor Taurua-Purcell scored a try and was the Leopards’ standout through the middle of the park.

Northcote 30 defeated Te Atatu 28
Northcote held on to record their first win of the year, edging past Te Atatu on home turf at Birkenhead War Memorial Park. The Tigers led by 10 at the break but had to survive a late scare, with second rower Huston Holloway and fullback Eroni Biukoto impressing for the North Shore outfit.

Pt Chevalier 40 defeated Mangere East 12
Pt Chevalier remain unbeaten this year after a big win over Mangere East, which saw them score 20 points in each half at Walker Park. Forwards Henry Pei and Brody Tamarua were excellent for Frank Fuimaono’s team.