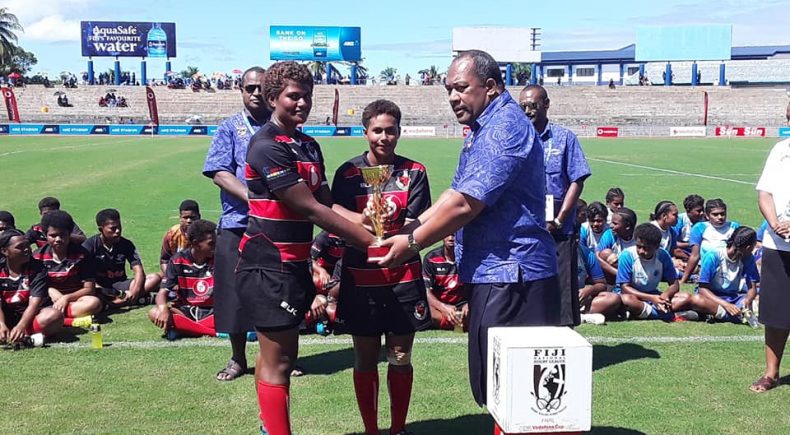 History was made at the ANZ Stadium in Suva when the first full thirteen-a-side schoolgirls Representative fixture took place between the Southeastern Blues and Western Maroons.

Taking place between the Under 17s and Under 19s Schoolboy Finals, the Southeastern Blues defeated the Western Maroons 12 – 0 to win the inaugural Saulekaleka Trophy.

The trophy is named after Mrs Vaseva Saulekaleka, the first woman to be appointed into the Fiji Secondary Schools Rugby League (FSSRL) Board of Executives, and the first woman appointed to coordinate all FSSRL Women’s Competition.