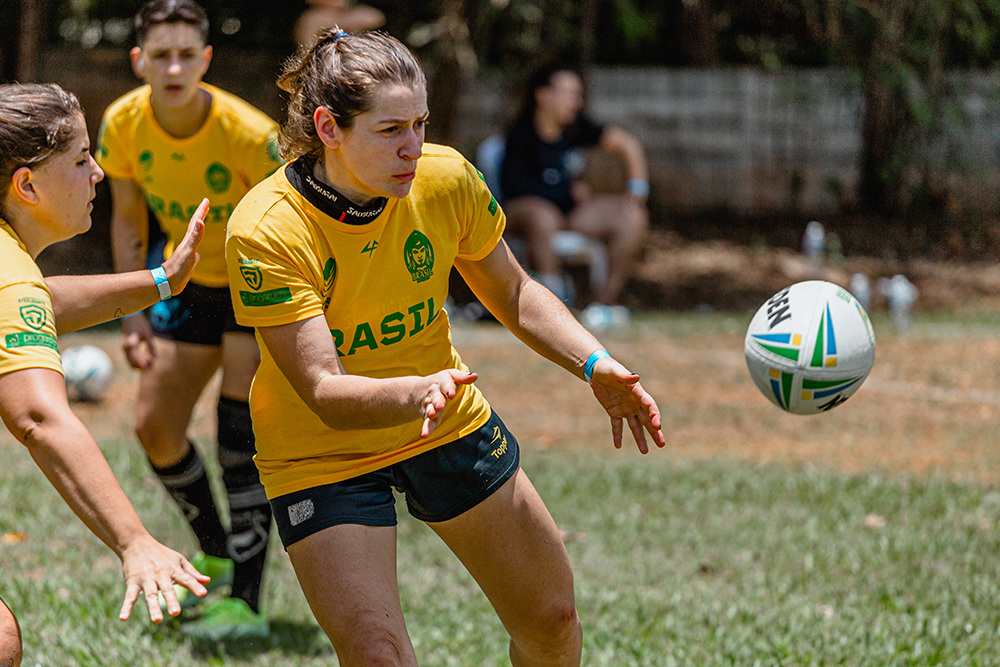 Brasil Rugby League will take an extraordinary step in efforts to ramp up preparation for Rugby League World Cup 2021, rapidly organising a 9-day expenses-paid secure bubble to stave off disruptions to their calendar.

After successfully hosting COVID-free events in December and February which drew record player interest, Brasil as a nation has been hit hard by a further wave of COVID, with thousands dying each day.

While no cases resulted from participation in Brasil Rugby League events, the latest wave has meant the semi-finals and finals of the women’s national championship have been rescheduled three times, with concerns over hospital capacity, travel and public infection.

The men’s season and nine-a-side events have also been postponed to the latter half of the year.

After consultation with member clubs and a player leadership group, Brasil has taken a bold step to house the four female semi-final teams in a rural location, with their lodgment and food taken care of for nine days.

Between the semi-final on May 1 and final on May 9, all players will benefit from a week’s intensive training from national head coach Paul Grundy, a Level 3-accredited mentor in the NRL system.

At the completion of the matches, a reduced squad will be announced to build towards the World Cup in England in November.

Brasil Rugby League Chief Operating Officer Hugo Froes thanked the clubs and players for their responsiveness and flexibility in the face of extreme circumstance.

“For the majority of players to have to take a week away from work at such short notice is an extremely admirable sacrifice on their behalf,” said Froes.

“In return, the federation has taken the unprecedented step of allocating funding to pay for accommodation, food and other necessities over nine days, which is also courageous.

“While Brasil is a relatively new participant in the sport, and all our officials are volunteers and players are amateur, we are taking the World Cup opportunity with the utmost seriousness.

“We hope this level of commitment and planning while be witnessed by others around the world, and we strive together to make the 2021 World Cup a reality in the face of adversity.”

Prior to entering the rural bubble, all athletes and officials will undergo a series of measures, including PCR testing and constant monitoring.

The semi-finals will see two gripping contests, with Maringá and Vitória to continue a rivalry that saw the former triumph by just points in qualifying in February. They will meet in one semi, while undefeated Melina will play Remendados in the other semi.

The Remendados team has been specially formed in the face of the COVID situation, giving the best players from teams which did not qualify for the semi-finals one last chance to impress for World Cup selection.

To facilitate Remendados, Melina combined both it’s A and B teams, which had both qualified for the semis.

Brasil’s Amazonas will undertake at least two more camps in the latter months of this year.

To help fund Brasil’s efforts at the World Cup, international fans can purchase team merchandise and other rugby league memorabilia via www.loxtonberg.com