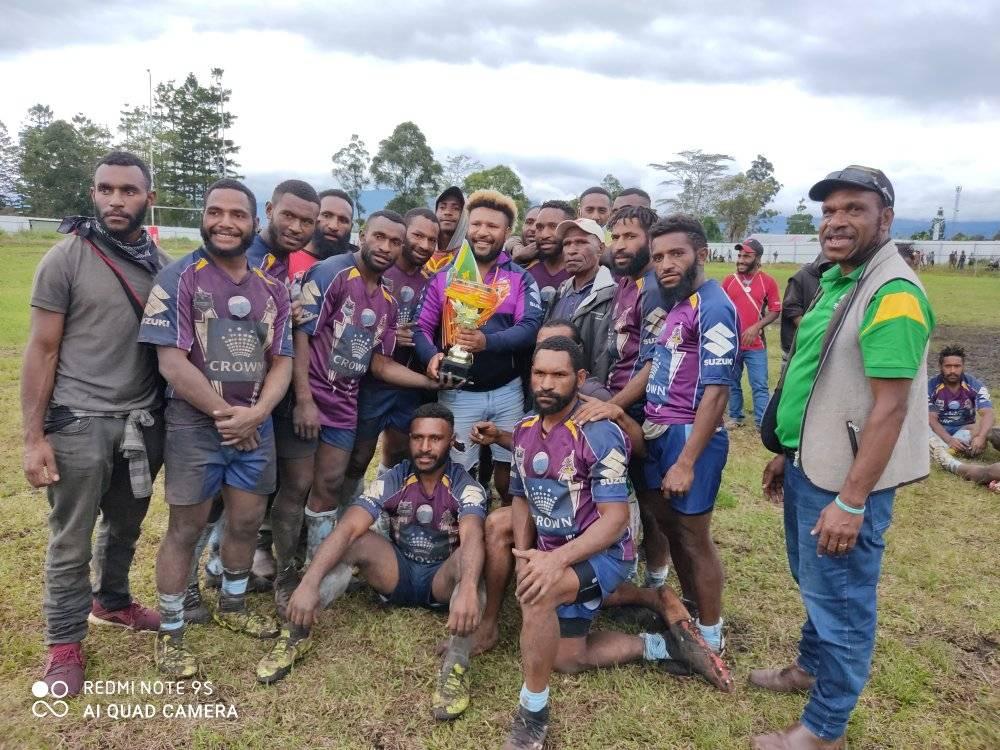 The Kindeng Storm have defeated the Banz Ngalye in extra time to win the 2021 Jiwaka Governors Cup Final on Sunday at Jonah Amban Oval in Minj.

A field goal was all that could seperate the two teams after over 80 minutes of football, with the Storm defeating the Ngalye 5 – 4 in a highly competitive Final. The win is Kindeng’s first Jiwaka Governors Cup title.

The Jiwaka Governor’s Cup is an off-season Rugby League competition based in the Jiwaka Province which was launched in 2013. For this year’s competition, participation was limited to 24 teams from across the Anglimp-South Waghi, Jimi and North Waghi districts.

Players from the competition will be considered for the Waghi Tumbe in the Digicel Cup.