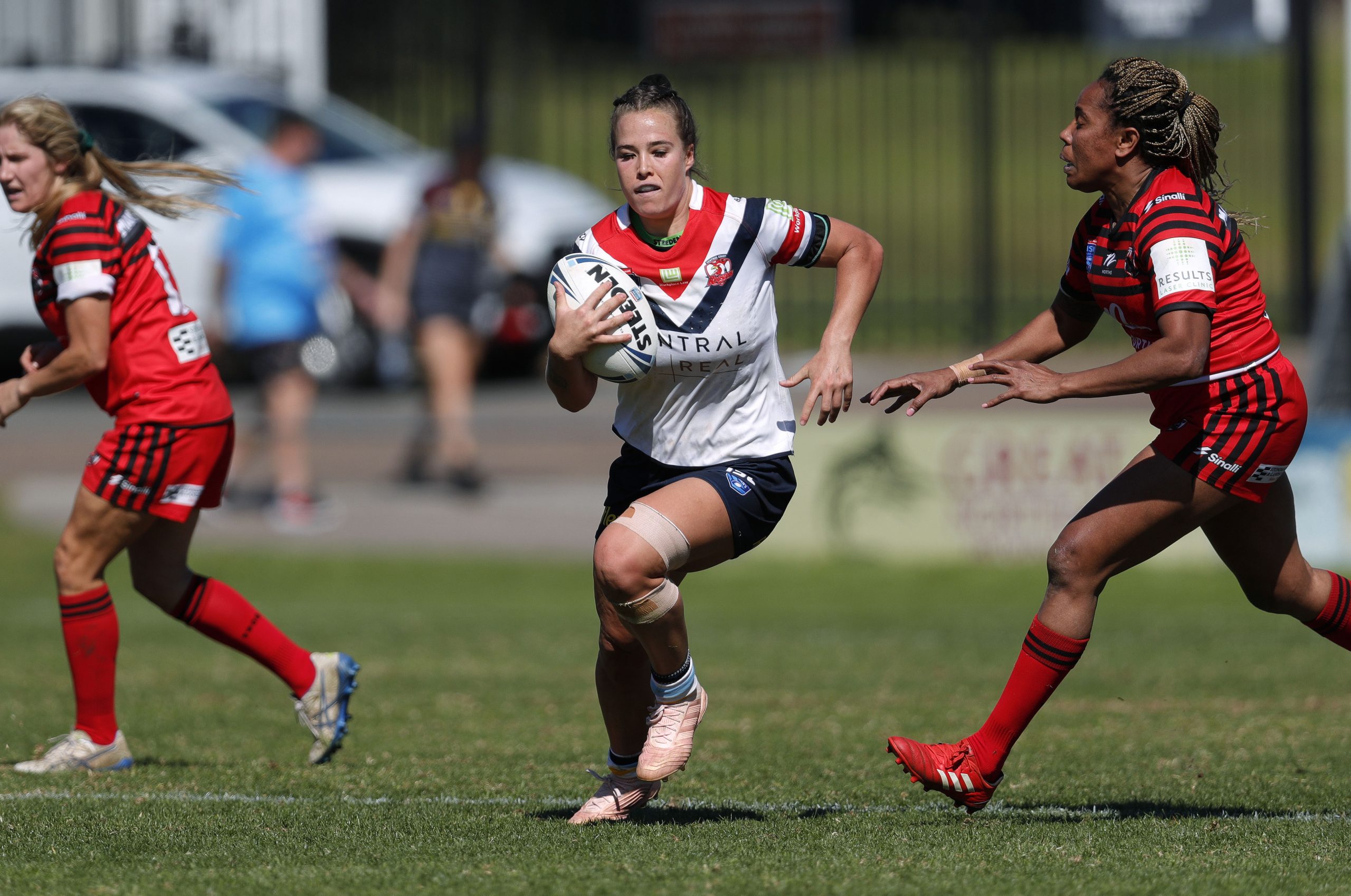 Defending Premiers, the Central Coast Roosters, have continued their impressive 2020 form in the opening round of the Harvey Norman NSW Women’s Premiership, defeating the North Sydney Bears 38 – 10 over the weekend.

In the Grand Final rematch, the Roosters showed that they’ll again be one of the teams to watch in 2021 with a strong performance against the Bears at Morry Breen Oval.

In the other matches played across the round, the Wests Tigers, St Mary’s and Cronulla Sharks all racked up half centuries in their respective matches, whilst Mounties were too strong for the Wentworthville Magpies at Ringrose Park on Monday Night.

In Round Two of the Women’s Premiership, the Helensburgh Tigers will make their competition debut when they host the Roosters at Rex Jackson Oval in Wollongong, whilst Mounties will host the Cronulla Sharks in Monday Night Football.