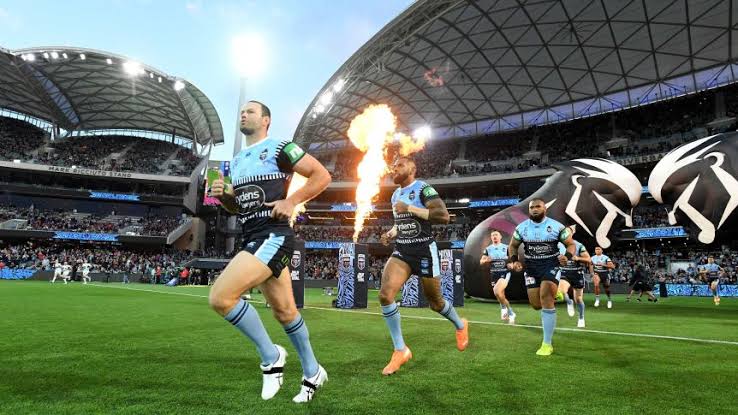 State of Origin set to return to Adelaide in 2023

After a successful first foray into Adelaide last year, State of Origin will return to the South Australian capital in 2023.

The iconic Adelaide Oval hosted game one in November with Queensland upsetting NSW on their way to a 2-1 series win.

In conjunction with the South Australian government, the NRL on Tuesday announced the showpiece event would return to the City of Churches, continuing the policy of one neutral venue and one home venue for each of the states in the three-match Ampol State of Origin series.

The reduced capacity crowd, due to the COVID-19 pandemic, of 25,218 was a sell-out in November and the NRL is hoping to see a full house of more than 50,000 fans next time at the venue.

“We want to build on what we started last year,” ARL Commissioner Peter Beattie said at the launch announcement in Adelaide on Tuesday.

“The Adelaide Oval match was a great success. We had a capacity COVID crowd and the way the city embraced the Origin series gives us every confidence of filling the venue in 2023.

“State of Origin is the most successful sporting brand in Australia which we now play in the five biggest capital cities in Australia.”

“I want to thank Premier Steven Marshall for his support, he has been the strongest of advocates for securing this event. State of Origin will fill hotels and restaurants across Adelaide and inject millions into the local economy.”

The Premier said the Origin game would inject an estimated $15 million into the local economy.

“It’s a great result for rugby league fans, but also a big win for South Australian hotels, restaurants and cafes,” he said.

“More than 20,000 interstate visitors are expected to visit Adelaide to help celebrate the big match – injecting an estimated $15 million dollars into the South Australian economy.

“Last year’s NRL State of Origin game was a real hit and delivered a cracking game in front of more than 25,000 fans – including 4000 from interstate.”

“It was obviously a great night for our supporters and the players and coaches who played their part in a memorable win.

“It’s always exciting to showcase State of Origin in new markets and at iconic sporting venues like the Adelaide Oval, so I’m sure there will be a lot of people looking forward to this game in 2023.”

Blues coach Brad Fittler said a packed Adelaide Oval would be an ideal place to stage an Origin encounter.

“We enjoyed running out in the iconic stadium last year, albeit with a small crowd due to the challenges and restrictions as a result of COVID-19, so we would love to see Adelaide Oval filled with our current fans and new fans proudly wearing the blue wig next time,” he said.

“The people of Adelaide love their sport and an Origin match at is a great way to showcase our game.”