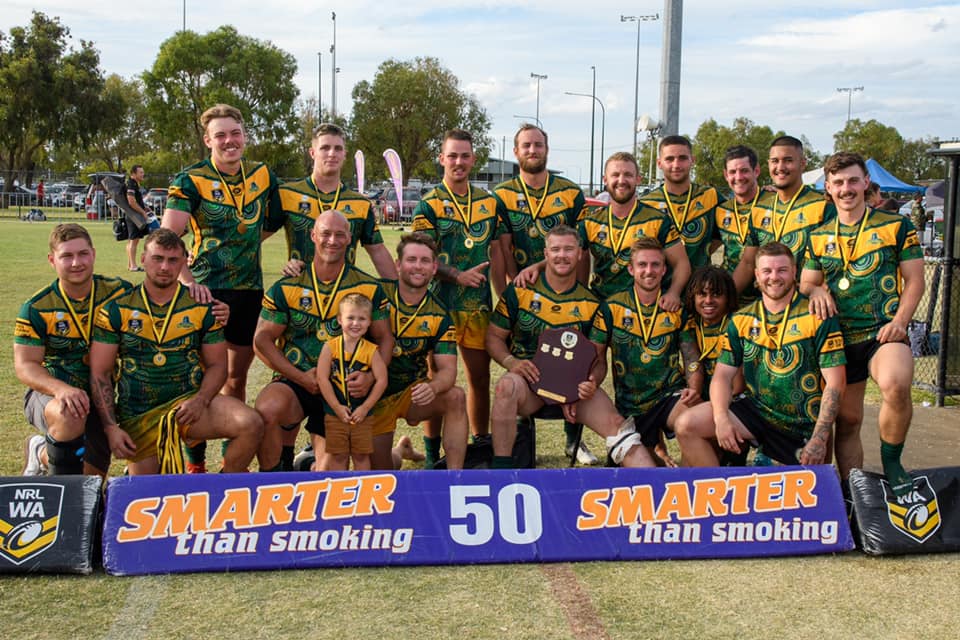 Boasting huge defensive steel, the Bushrangers over 6 games only let in 26 points all tournament, which is far and away the best defensive record we have ever seen in the limited numbers format.

But it was nervous moments in the final for the Bushrangers. They were into their 3rd tournament decider in a row, and although their arch-nemesis Hawaiki Roa wasn’t there to foil them this time, it was a hugely formidable Indigenous side they had to topple.

The Indigenous side, led by Ken Allen Medallist Kainoa Gudgeon, played with pace and flair on their way to the final and had to bring their top game all weekend. Having arguably the hardest draw on the way to the final, they paid the price for an extra time game as well as bruising affairs with both Tonga and Samoa on their way to a lack luster second half in the Grand Final.

But you can take nothing away from the Bushrangers side who kept on turning up in games to deny try after try. Having being written off early, not being as strong as previous years and being told they were massive outsiders to take the Cup, they defied all the doubters on their way to their maiden title.

In a fast starting grand final, veteran Deba Cook struck in the first set of the game after a cheeky late offload from Bushranger defect Bjorn Crotty to open the scoring. The kick from in from was converted by captain Mitch Wade-Whalan and the Indigenous side had the dream start. Unfortunately they gave it straight back as Bushrangers captain Andrew Jeffrey grubbed for himself the very next set and scored under the posts. Tyler Hunt converted the extras and it looked as if the points would continue to flow.

As the contest continued back and forth, Gudgeon then made his mark in the final. After recieving an average pass, Gudgeon then stopped, stepped, pirouetted, fended and then accelerated straight through the Bushrangers defensive line, leaving three defenders clutching at mid air as he raced away for an incredible solo try from 60 metres out. Unfortunately in the windy conditions, Crotty would hit the post with the conversion attempt, but at 10-6 up and most of the running coming from the Indigenous boys, it seemed a long way back for the Bushrangers.

In true Bushrangers fashion, they wouldn’t believe the hype, and again Jeffrey created the magic. Another deft grubber into the in-goal resulted in young Kristian Williams scoring, and with Hunt converting, suddenly it was the Bushrangers in front 12 -10.

The next seven minutes was an absolute heart stopping affair with Indigenous throwing everything at the Bushrangers try line. It looked like they had gone over when Josh Benjamin spun over the line, only to be denied by a desperate Bushrangers defence, and as the final hooter sounded, a last ditch kick was collected by the Bushrangers, and the long wait was over.