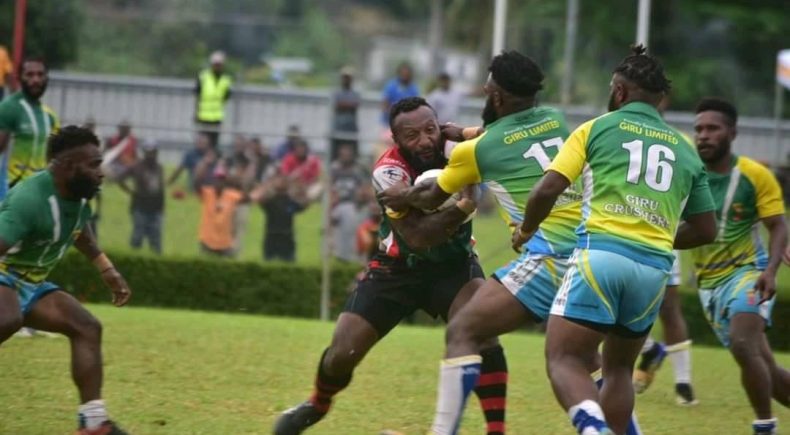 The Jiwaka based Northern Pride are the 2020/21 Coca-Cola Ipatas Cup Champions after defeating the Hagen based East West Ninja 18 – 0 in the tournament Final held at Lae Rugby League Oval on Sunday.

In wet conditions, the Northern Pride put on a dominant defensive performance to help the club win its first Ipatas Cup, whilst scoring three unanswered tries against the Ninjas.

The Northern Pride qualified for the Final after defeating the Hela based Strickland Raiders 28 – 12 in the tournament Semi Finals on Saturday, whilst the East West Ninjas defeated the Morobe Pride 13 – 12 in their respective Semi Final.

In the other matches played on Sunday, the Morobe Pride defeated the Strickland Raiders 20 – 0 in the Third Place Play-Off, whilst the O Wan Titans defeated a Goroka Select side 14 – 8.

The Coca-Cola Ipatas Cup was formed by the Papua New Guinea Rugby Football League (PNGRFL) and Governor Ipatas to provide opportunities for rural and village teams to compete in a national competition and showcase the talent available from those regions.

Starting in the Highlands in 2009, the competition quickly grew to incorporate teams from across the Papua New Guinea mainlands and across New Britain, with a record number of sides taking part in 2020/21.