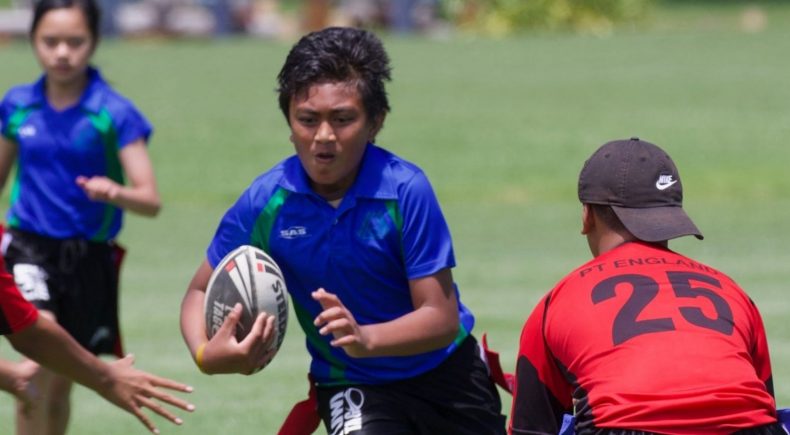 After working alongside the NZRL to set out the vision for junior league in the country, the ARL will rollout the new Junior Development Framework (JDF) in full for all mini/mod (U6-U12) grades in 2021.

Supported by the NZRL, the ARL has piloted aspects of the framework in various children’s grades in Auckland since 2017, seeking consultation from local coaches, players, managers and club chairs along the way.

While the ARL will implement the new JDF immediately, the NZRL will be adopting a staggered approach with their regions in the rollout of the new framework.

The biggest changes are in the U6 grade where children have their first experience of organised rugby league.

Under the JDF the first eight weeks of the U6 season will be played under League Tag (non-contact) rules, while come the second half of the season teams will have the choice of continuing to play League Tag or to switch to traditional contact rugby league.

For that grade it will be mandatory for coaches to deliver a six-week tackle confidence programme through the opening two months of the season, regardless of which form of the game they choose for the second part of the year.

In relation to skill development and encouraging decision making in the formative years, a crucial aspect is the introduction of first-receiver bibs for the U8-U12 grades, with dummy-half bibs also being used from the U9-U12 grades.

Both bibs allow the player wearing it to run, score and be tackled without two passes being required or a change of possession being triggered (normal mini-mod rules state that two passes must be achieved to retain possession).

ARL game development and participation manager Sam Cawdron said the framework was about evolving the game to suit the attitudes and needs of those involved at junior levels.

“The JDF is heavily geared towards teaching safer tackling and giving kids confidence in contact, along with encouraging skill development, decision making and a learning and play-orientated approach for our youngest players,” Cawdron said.

“The move to introduce League Tag for the first half of the season for the U6 grade means teams can be put through a tackle confidence programme and then decide whether they are ready to move to contact or want to continue to play League Tag.

“This is to help build confidence and gives kids a chance to learn and be introduced to tackling.

“Providing kids with the option on when to switch over to contact allows them to be develop at their own pace, keeping in mind that current NRL stars such as Shaun Johnson, Benji Marshall and Ryan Papenhuyzen all come from non-contact backgrounds.

“League Tag is going to help open up rugby league to a larger group of the population who are interested in a non-contact activity.”

NZRL general manager of high performance and football, Motu Tony, said the changes are a positive for the game.

“Extensive research and collaboration have gone into this project to ensure that our participants at the Kiwi League Kids level (formerly mini/mod) have a rugby league programme that is enjoyable, safe and helps develop them on and off the field,” Tony said.

“I would particularly like to thank the ARL for their partnership and fantastic work during the three-year pilot programme, which has resulted in an offering that I am sure will be enjoyed by all our KLK participants.”