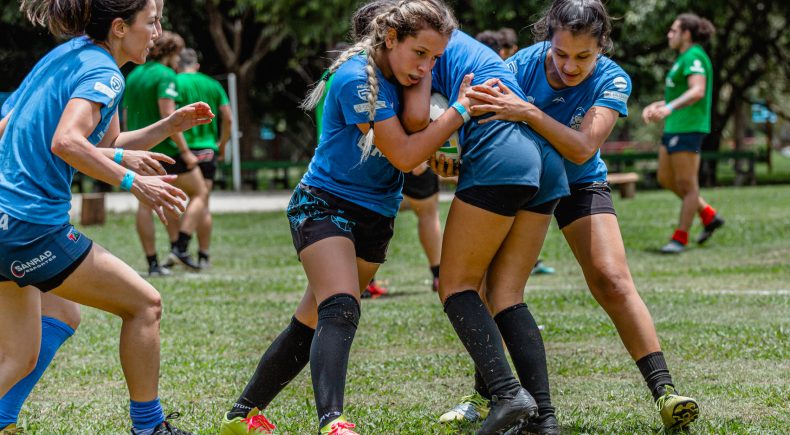 The 2021 Brasil Rugby League Women’s Premiership is set to kick off this weekend at São Lourenço with a record eight teams representing communities from six Brasilian states set to take part.

The tournament, which will be played in a ‘festival format’, is the largest Women’s Rugby League event held in the South American nation.

Teams for the event have been broken into two groups and will play each other before the top two teams from each group will play for the Premiership title later in the month. Participants for the event include Melina Rugby, from Cuiaba, who will be entering two teams in the event, Vila Nova FC from Goiana, Taubate Rugby from Sao Paulo, Rugby League clubs, the Vitória Rhinos and Minas Miners, and previous participants, the Maringa Hawks and Uruatu.

The tournament will be preceded by coaching sessions from the technical team headed up by Paul Grundy, Robert Burgin and Zach Grundy who will provide guidance and support for players, coaches and match officials during the major Rugby League event.

“There is record participation in both categories, in both the number of players and new clubs. Rugby League is becoming increasingly strong in Brazil, even against the backdrop of COVID-19.

“It is important to emphasise that all athletes will be tested prior to participation, the event will be played behind closed doors and with the players following strict guidelines.” commented Hugo Fróes, COO of Brasil Rugby League.