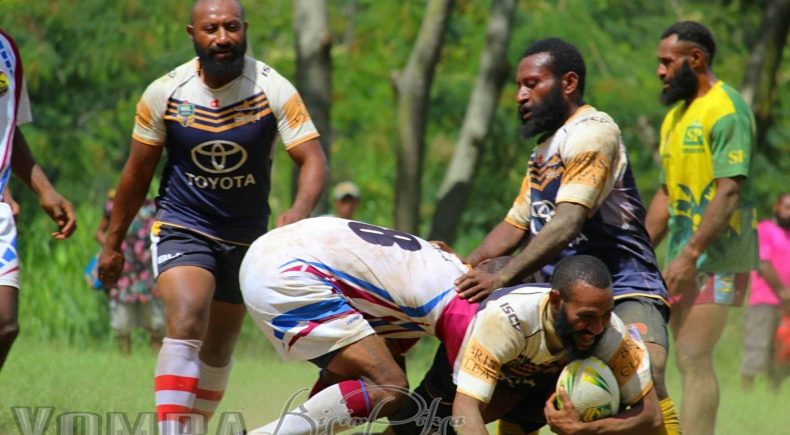 The Nonaparo Sharks have defeated the Elspidos Cowboys team by a single point in the 2020/21 Unggai Off-Season Rugby League Grand Final held at Masumave on Sunday.

Based in the Unggai-Bena District of Papua New Guinea’s Easter Highlands, the Unggai Off-Season competition featured over twenty teams in both grades, drawing players not only from across the district, but also from as far away as Goroka.

The Sharks 1 – 0 victory over the Elspidos Cowboys, sees the club remain one of the powerhouse teams in the competition, with the Off-Season specialists featuring in most of the region’s Grand Finals over the past decade.

In the B-Grade Final, the Vesekere Bulldogs overcame the Oya Surux.