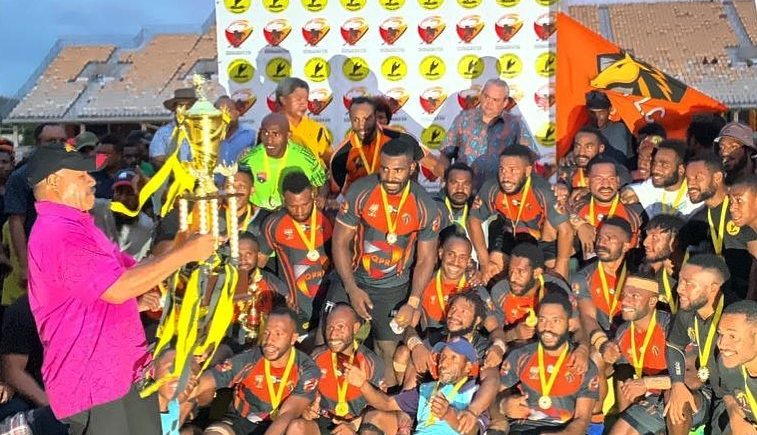 The QPR Colts are the 2020/21 National Capital District (NCD) Governor’s Cup Champions after defeating the Savaka South Brothers 14 – 2 in the tournament Final at Sir John Guise Stadium in Port Moresby.

The Colts, who finished runners up in the 2019/20 tournament, came into the Finals as favourites against a young Brothers outfit, and controlled the game from start to end.

Leading 6 – 0 at halftime, the Colts ensured the Governor’s Cup was the second piece of silverware the club collected in just two months, after also winning the Agmark Sepik Nines in Wewak late last year.

The NCD Governor’s Cup is a tournament held in Port Moresby every year around Christmas and New Year’s. The 2020/21 tournament had 48 team take part.