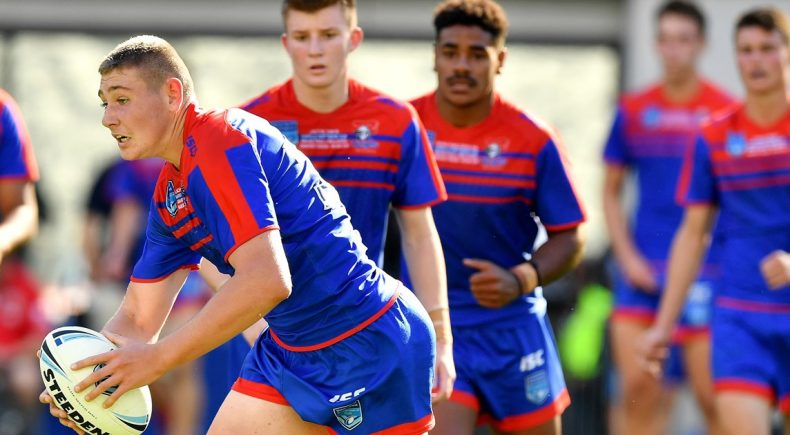 The NSWRL is pleased to announce the Junior Representative draws and an exciting new finals format for the 2021 season with the next generation of Rugby League talent poised to take the field across the state on 6 February, 2021.

The Sydney metropolitan area will welcome the return of the SG Ball Cup, Harvey Norman Tarsha Gale Cup and Harold Matthews Cup while Regional NSW will showcase the Laurie Daley Cup and the Andrew Johns Cup.

“I can’t think of a better way for the NSWRL to start its season than by showcasing the talented young players in our Junior Representative competitions who could go on to become the next superstars of the game,” NSWRL Chief Executive David Trodden said.

“I know there will be plenty of people who will be looking forward to getting out and watching the footy again but I would encourage them to still respect and adhere to social distancing guidelines.

“The matches are always great spectacles and there are plenty of players involved who already possess great skills considering their age. I can’t wait for February to roll around and I’m really looking forward to kick-off.”

The competitions were cancelled after several rounds had already been played last season because of the COVID-19 pandemic and the decision was made not to award a premiership in any of them.

The NSWRL has decided to increase age groups in SG Ball Cup (Under 19s), Harvey Norman Tarsha Gale Cup (Under 19s) and Harold Matthews Cups (Under 17s) while the Laurie Daley Cup (Under 18s) and Andrew Johns Cup (under 16s) will remain the same. This is to assist with player development after last season was interrupted because of coronavirus.

The SG Ball Cup and Harold Matthews Cup will unveil an exciting new finals format which will involve the top six teams. Both competitions will have 15 teams and be played over nine rounds with the Grand Finals set down for the weekend of 24 April.

The Harvey Norman Tarsha Gale Cup will also have a top six finals format with the competition to have nine teams and be played over nine rounds. The Grand Final will be held on 24 April.

The Andrew Johns Cup and Laurie Daley Cup will be a 10-team competition but will be split into a Northern and Southern Pool. There will be five rounds and a top four finals system with the Grand Final scheduled for 28 March.

PLEASE NOTE: The draws are subject to change and could be regularly altered. Click below for the most up-to-date Junior Representative 2021 draws.