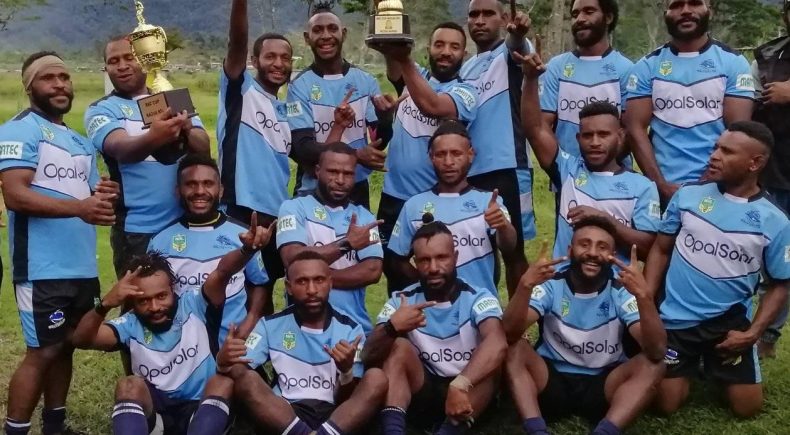 The SBB Brothers have claimed the 2020 Kagua Rugby League title after they defeated the Alamba Tigers in the 2020 competition Grand Final.

In a tight final, the Brothers ended the Tigers undefeated run for 2020, despite having to play three matches in seven days after losing to the Tigers only a week before in the competition Major Semi Final. The Brothers then had to defeat the Hawks mid-week to make last weekend’s Final.

In the Reserve Grade Final, the Kimopolo Hawks defeated Brothers, whilst in the Women’s Grand Final, the Eastern Stars defeated the Western Stars 4 – 0 in a tight final.

The Kagua Rugby League will now pick a team to represent the League at the upcoming Mendi Nines.

Kagua is Local Level Government (LLG) region located near Mendi in Papua New Guinea’s Southern Highlands with the LLG having some of the most remote communities within the Pacific nation.