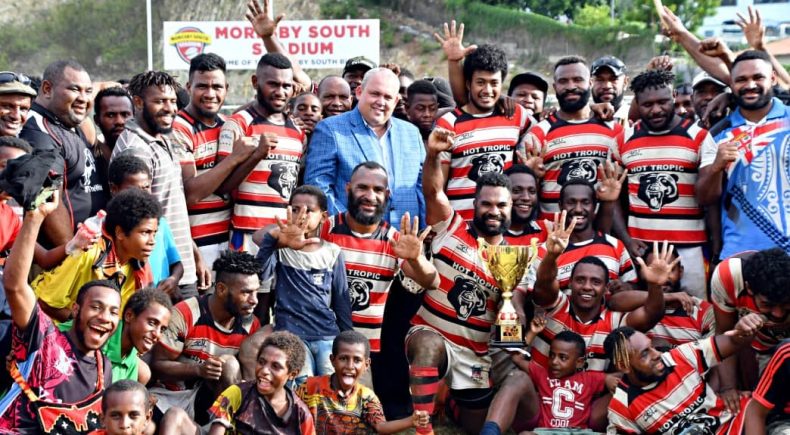 Taking place at the new Moresby South Stadium, the fifth iteration of the annual nine-a-side tournament featured 48-mens teams with the Bears emerging victorious after defeating the Sabama Raiders 13 – 6 in Sunday’s Final.

In a tightly contested final, it was the Bears who scored first when Andrew Lai crossed, with his teammate Brendan Phillip adding the extras to give the team a 6-0 lead. The Raiders hit back through a converted try via winger Elwood Hoki to make it 6-all at halftime.

The second half resembled an arm wrestle until the final two minutes of the game when Bears centre, Allan Simbiri, created space for Jerry Ufam to score a a five-point try under the uprights and seal the match.

In the other Finals played, Vadavada United defeated South City Raiders in the Women’s Final, whilst the Koki Seaside Magelos defeated the Dokona Storms in the Under 20s Final.