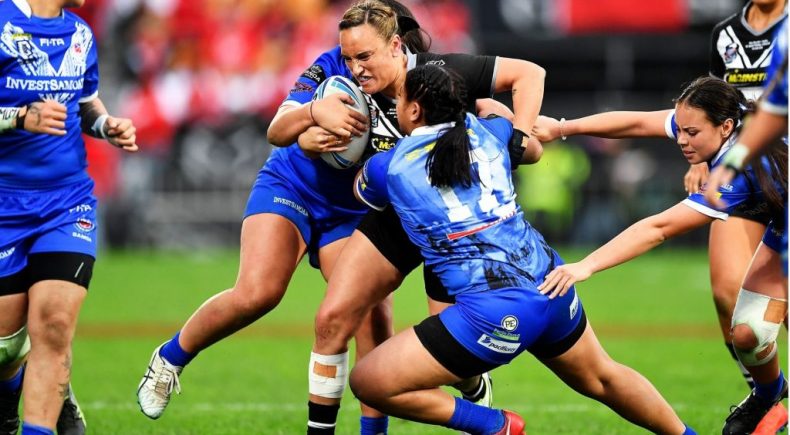 The Kiwi Ferns squad is fresh with budding talent from the inaugural Sky Sport Women’s Premiership and NZRL Women’s Championship as well as seasoned Kiwi Ferns and returnees from the NRLW Warriors campaign.

Standouts from the National Women’s Championship who have earned their debuts include Upper Central Stallion’s Autumn Stephens and Mya Terehia Hill-Moana.

Out of the Sky Sport Women’s Premiership, champion Counties Manukau powerhouses Kere Matua and Christyl Stowers both earn their debuts as well as MVP of the Premiership Harata Butler and MVP of the grand final Kararaina Wira-Kohu. Akarana front three of the 11 Kiwi Fern debutantes in Karli Hansen, Katelyn Vaha’akolo and Sharliz White.

Seasoned Kiwi Fern names return to the squad including star Counties’ fullback Amber Kani, Captain Krystal Rota and unstoppable forward Maitua Feterika who all impressed for the Stingrays throughout the Premiership competition.

“I want to congratulate those selected for our up and coming International against Samoa,” says Head Coach Ricky Henry.

“It’s a proud moment to wear the Black and White jersey, especially for those making their debut in front of family and friends. I have been encouraged by the performances in the Sky Sport Premiership, National Championship, and NRLW competition.

“There is an exciting mix of fresh talent and experienced leadership in this squad and it was no easy feat narrowing the wider squad to 19. The women’s game is strong and there is depth across the park – all positive signs as we build towards the 2021 World Cup.”

The Kiwi Ferns last faced Fetū Samoa in June 2019 where they came away with a convincing 34 -14 victory.

Both games will be televised live on Sky Sport 4 and Fox Sports in Australia.