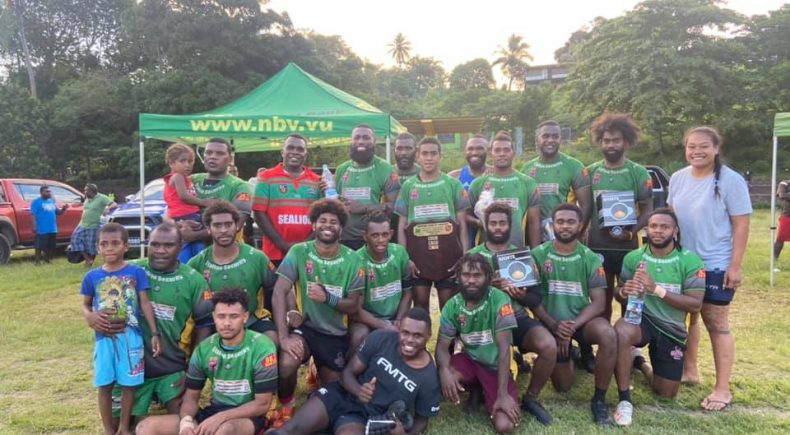 The Vate Bulldogs and Mele Eels have won the respective National Bank of Vanuatu Men’s and Women’s Championships after winning their respective Grand Finals last Saturday.

The respective Men’s and Women’s Grand Finals headlined a massive festival of Rugby League at the Kawenu Fields which also included the inaugural Under 15s Championship Final and a Bronze Medal Play-Off between the Vanuatu Police Forces and Uluveou Sea Lions.

In the Women’s Final, the Mele Eels put on a dominant performance against the previously undefeated Port Vila Warriors, winning 48 – 4, whilst in the Men’s Final, the Vate Bulldogs were forced to work for their win, pushed by the Ifira Black Birds until the final seconds of the game.

In the Under 15s Championship, the Blacksand Diamonds claimed the first ever piece of silverware in the age division, whilst the Vanuatu Police Forces were too strong for the Sea Lions in the Bronze Medal Play-Off.