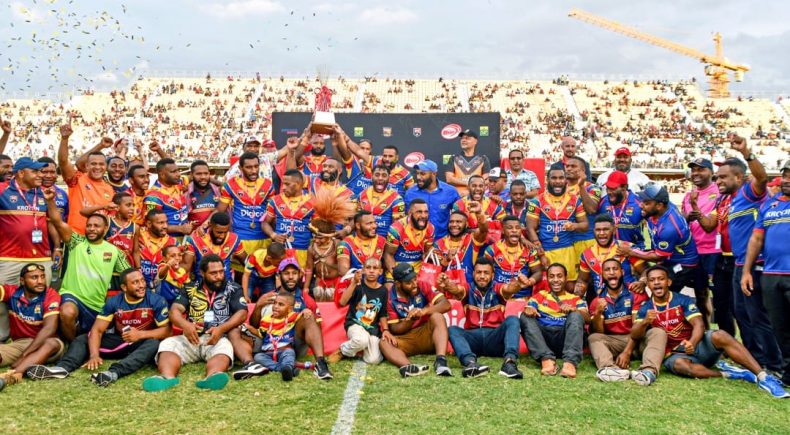 The Hela Wigmen have claimed their first national title since 2014 after defeating the Lae Tigers 16 – 14 in the 2020 Papua New Guinea Digicel Cup Grand Final on Sunday at Sir John Guise Stadium in Port Moresby.

It a see-sawing match, it took until the 78th minute for the Hela Wigmen to claim victory, with the lead swapping no less than five times during the match.

It was the Lae who opened the scoring, when Tigers fullback, Joe Joshua, scored off a grubber from captain Charlie Simon. The Wigmen fought back and took the lead for the first time when Solomon Pokare put second rower, Kitron Laka, over before adding the extras to make the score 6 – 4.

That is how the score remained for the remainder of the first half, despite Pokare having the opportunity to convert a penalty late in the half after Edwin Ipape put a late tackle on Wigmen Hooker, Patrick Morea.

The Wigmen were first to score in the second half when Pokare put Solo Wane over for an unconverted try to give the team a 10 – 4 lead before the Tigers started their comeback, first when Mark Tony put centre Jokedi Bire over to level the scores, before Bire gave the Tigers a 14 – 10 lead.

It took until the 78th minute for the Wigmen to take back the lead and win the back when Man of the Match, Samuel Yegip, crossed for a converted try.