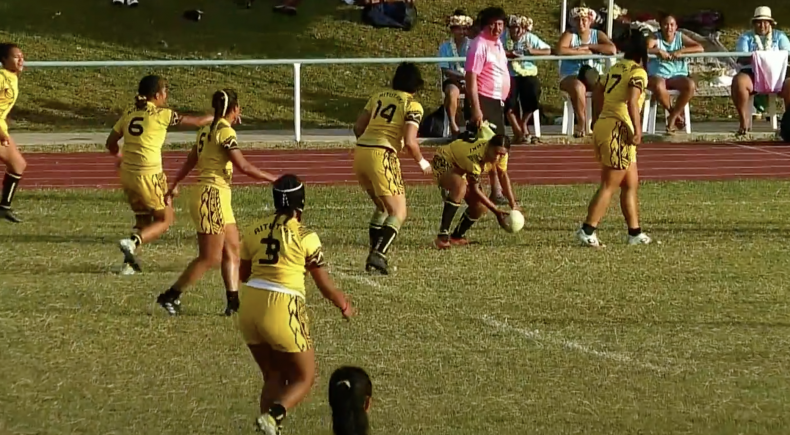 The Islands of Mangaia and Aitutaki have claimed Gold in the respective Men’s and Women’s Rugby League Nines events held as part of this year’s Cook Islands Games.

The Cook Islands Games, a new initiative of the Cook Islands Sports and National Olympic Committee (CISNOC), is a multi-sport event featuring participants from the 11 populated islands of the country. Based upon the Manea Games, which is played every four years between the Southern Group Islands of Mangaia, Mitiaro, Mauke, Atiu and Aitutaki, the inaugural Cook Islands Games currently features 24 different sports.

Rugby League Nines was one of those 24 sports, with representative teams from across the 11 populated Islands taking part in the Men’s event, and teams from Aitutaki, Manuke, Rarotonga and Pukapuka in the Women’s.

In the Men’s tournament, teams were broken into two pools, with the top four from each pool qualifying for the Finals, whilst in the Women’s each team played each other once before Finals. Matches were played over three days at BCI Stadium, with only the island of Aitutaki earning medals in both events.