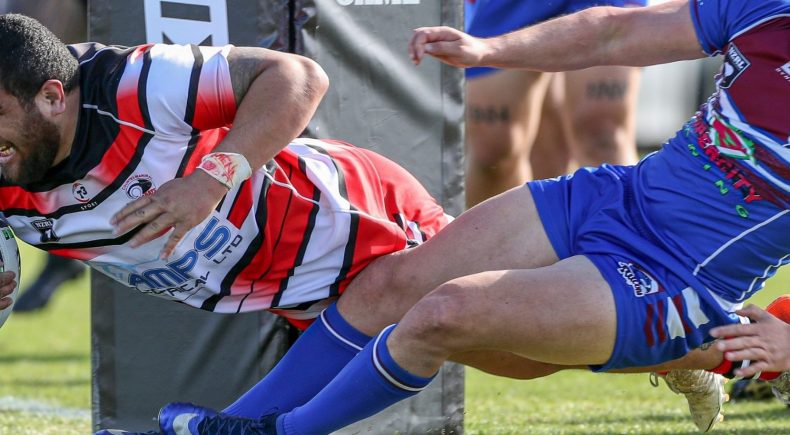 A hard-hitting second round saw reigning champions Akarana fail to win it at the death, drawing 12-12 with a determined Counties-Manukau side.

A scrappy affair, both teams started shakily unable to control the ball as the two sides got themselves into the game.

Unable to convert field possession into points, Counties continued to win the grind with Patrick Sipley unable to control the ball in his own 20. Again the Akarana defence standing firm.

Akarana Centre Francis Leger broke the deadlock 10 minutes in after Mathew Tuitama hung in a tackle to offload to his captain for the first points of the afternoon. 6-0 to Akarana after Leger converts.

It continued to be an error-ridden grind as both teams gave the ball away. A tough contest around the ruck saw Counties roll down the field; however they were unable to put pressure into points.

Akarana off an ensuing scrum in on their own 10-metre line marched down the field and ended their set in a sharp set play that saw winger Sam Fa’apito stroll over. Leger again converted to make it 12-0 after swinging momentum back into Akarana’s favour.

Again Counties continued to roll on and gain good field position and finally got off the mark when substitute Donny Tuivai-Lopa crashed over for their first of the evening. Drew Radich slotted his over from right in front to bridge the gap, 12-6 going into the break.

Points went begging as Ray Tuimalo-Vaega with only grass in front of him was unable to control the ball, 10 minutes into the second half action.

The Falcons gave away another penalty on their own line and off that, front row Connor Taurua-Purcell stormed over the line to reduce the deficit. Drew Radich makes it even 12-12 after 52 minutes.

Akarana’s penalties kept Counties in the game and on the back foot. Then a line break from Sam Fa’apito in his own 20 reduced pressure on Akarana and earns the Falcons a penalty. However, the first tackle saw them lose possession.

A grind-it-out second half had both teams locked in the battle and with 25 minutes left to go the scores remained 12-12. Going into the final 10 both sides had opportunities on the opposition goal lines but defence remained firm.

A crucial Counties mistake with three minutes to go gave Akarana a chance to win but stout defence by the Stingrays kept the Falcons at bay. Off the ensuing set, a frantic scramble lead to Akarana breaking through taking out the referee in the process, Sipley only inches from the line as the full-time hooter sounded ending 12-12.

Counties keep Akarana at bay drawing with the reigning champions. Akarana will face Canterbury next Saturday while the Stingrays come up against Waikato at FMG Stadium.

All games will be televised live on Sky Sport.