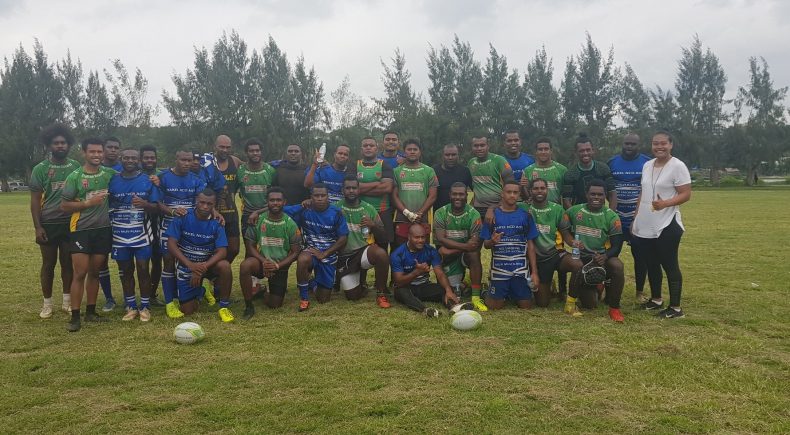 The Vate Bulldogs have secured the Port Vila Men’s Championship Minor Premiership in their inaugural season of Rugby League after a comprehensive victory over the Vanuatu Police Force.

In what was a match up between the top two teams in the competition turned out to be a one sided affair with the Vate Bulldogs setting a new record for largest win in the Vanuatu competition, scoring a record 118 points to the Police Forces’ 6.

The significant loss to the Bulldogs has allowed the Ifira Black Birds to sneak into second place on the Men’s Championship ladder, after they recorded their fourth straight win, defeating the Uluveou Sea Lions 60 – 22, whilst in the third game, the Mele Eels recorded their first win for 2020, after defeating the Blacksand Diamonds 60 – 0.

The Black Birds will now face the Vate Bulldogs in the Men’s Championship Grand Final on October 22, whilst the Vanuatu Police Forces will need to wait until next week’s result between the Blacksand Diamonds and Uluveou Sea Lions to see who they’ll face in the third place Play-Off.