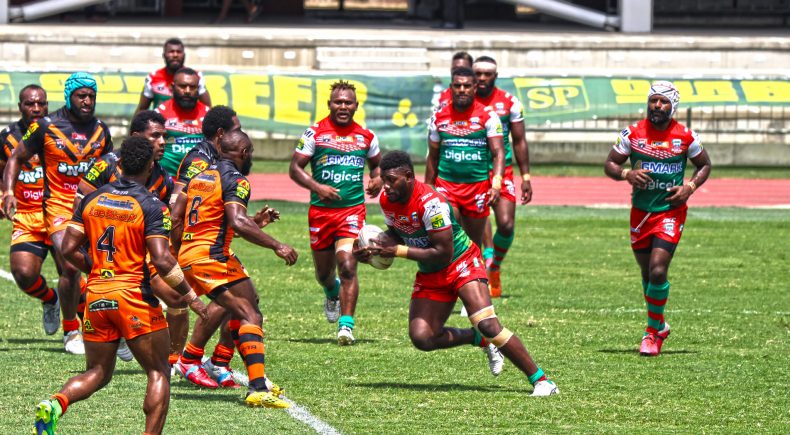 The Lae Tigers are the first team to qualify for the 2020 Digicel Cup Grand Final after defeating the Rabaul Gurias at Sir John Guise Stadium in Port Moresby on Sunday.

Despite losing their prior two matches, the defending Premiers were too strong for the Gurias, running out 30 – 10 winners to qualify for the Grand Final in two weeks time.

The Gurias will now face the Hela Wigmen in next Sunday’s Preliminary Final after the Wigmen came back from being down 6 – 8 at halftime to win 12 – 8.

The winners of the Gurias v Wigmen clash will meet the Tigers in 2020 decider. Both the Preliminary Final and Grand Final will take place at Sir John Guise Stadium in Port Moresby.