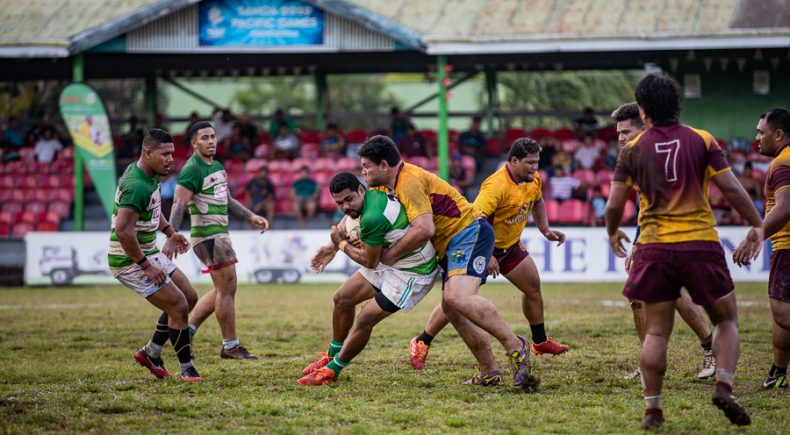 The Marist Saints have won the opening game of the inaugural Rugby League Samoa School of Origin clash, defeating the SCOPA Cowboys in a tight clash at ACP Marist Stadium in Lotopa.

The best of three series is part of a new domestic Representative program rolled out by Rugby League Samoa in 2020 and sees former pupils of Samoa College and Marist College go head to head.

In warm conditions on the island of Upolu, it was the SCOPA (Samoan College Old Pupils Association) Cowboys who scored first to take a 6 – 0 lead in the opening quarter.

Home team, Marist, hit back before halftime to reduce their deficit to just two points as the match continued to turn into an arm wrestle.

Marist would score the only points in the second half when Faafou found his the try line late in the final quarter.

Sio Afa added the conversion to extend their lead, 6-10 which is what it remained until full-time.

After the match Marist Saints captain, Tafeafa Silva, told the Samoa Observer Sports that the game was a tough one but he was proud of how they hung on came back to win.

“I believe we made a good comeback,” he said.

“Our silly mistakes almost cost us our game. But thankfully, the brothers came back stronger and win our first clash with SCOPA.

“We know SCOPA is a tough team but we had to beat them as the cup was vying for is from Vui McFall, he was the one that introduced League to Marist, so we are going to be well-prepared for our last two test matches.”

Silva said they would enjoy the win but they still have a lot of work if they are going to seal the best of three series.

“We are looking forward to the upcoming games,” he said.

“I know our focus next week will be on our defense and also our mistakes, we will look at ways to avoid it. Also, our fitness was not there as well, these are the things that will look into next week.”