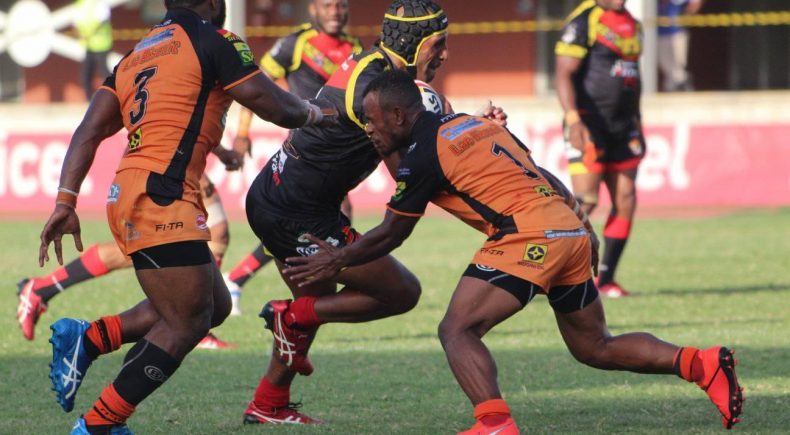 A tight 7 – 0 win by the Port Moresby Vipers over the Lae Tigers at Sir John Guise Stadium in the Final match of the regular season has allowed the Rabaul Gurias to claim the 2020 Digicel Cup Minor Premiership.

After dominating the opening nine rounds of the season, the current defending champions, the Lae Tigers, looked certain to claim top spot at the end of the regular season, before the Hela Wigmen and Vipers ended their undefeated run, allowing the Gurias to claim their second minor Premiership in three years.

The Viper v Tigers match capped off a massive triple header at Sir John Guise Stadium, with the other matches seeing the Hela Wigmen defeat the Gulf Isou and the Rabual Gurias defeat the Waghi Tumbe.

Elsewhere around the country, in Lae, the Enga Mioks squeezed into the 2020 Finals Series after defeating the Goroka Lahanis 14 – 12, whilst the Mendi Muruks locked in their fifth position with a win over the Kimbe Cutters.

As a result of the weekend’s results, the Gurias and Tigers will enjoy a break in the first week of the Final Series, whilst the Hela Wigmen face the Enga Mioks and the Vipers face the Muruks in the two Elimination Finals.