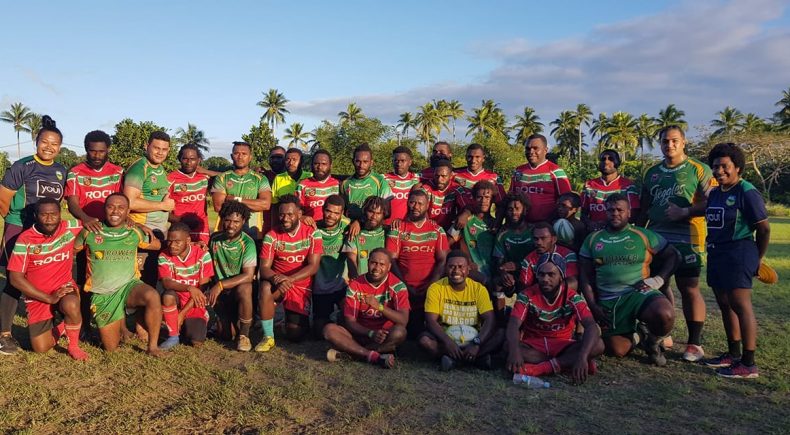 The Blacksand Diamonds have bounced back from their Week Two lose against the Vanuatu Police Forces to record a dominant 76 – 16 win over the Uluveou Sealions at the Mele Field’s on Sunday.

Despite conceding the first try to the Sealions, the Diamonds controlled the match to setup a 28 – 16 lead at halftime before the side ran riot in the second half, scoring 48 unanswered points to record not only record their largest win, but to set a new Vanuatu Rugby League record.

The win sees the Diamonds jump to top spot on the Port Vila Men’s competition ladder.

In the Women’s clash, the Mele Eels recorded their first win of the season with a convincing 30 – 0 win over the Diamonds.

Matches involving the Ifira Blackbirds that were scheduled last weekend (Men’s: Vate Bulldogs / Women’s: Port Vila Warriors) were postponed following the passing of Toukapa Kalmari and will be played at a later date.