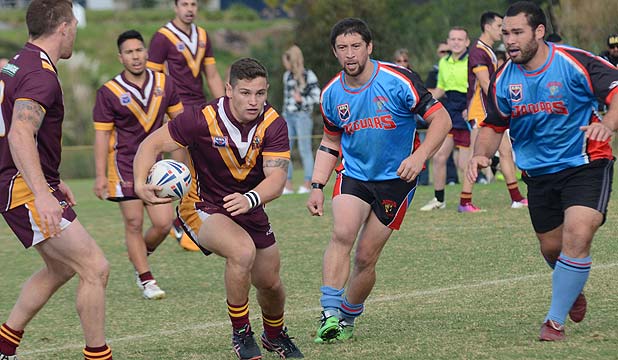 Ellerslie 16 lost to Otara 22
Otara overcame a half-time deficit to beat Ellerslie at the Ellerslie Domain, with hooker Terry Hill a standout for the Scorpions. The Eagles led 10-4 at the break before Otara drew even 10 minutes into the second spell and then kicked on for the win.

Manukau 14 defeated Pakuranga 4
Tamore Nati crossed twice for Manukau as they got past Pakuranga in a battle of two round-one winners at Moyle Park. Scores were locked at 4-4 at the break, but the Magpies were too strong in the second 40.

Waitemata 14 defeated Papatoetoe 6
Waitemata emerged victorious from a tough slog against Papatoetoe at Ranui Domain. Experienced hooker Dom Folomu was outstanding for Mahara Campbell’s Seagulls, who picked up their first win of the year.

Hibiscus Coast 34 defeated Manurewa 28
The Raiders and Marlins bucked the trend of low-scoring games in round two of the second division to produce a 42-point thriller at Stanmore Bay Reserve. It was the Hibiscus Coast’s first win of the year.