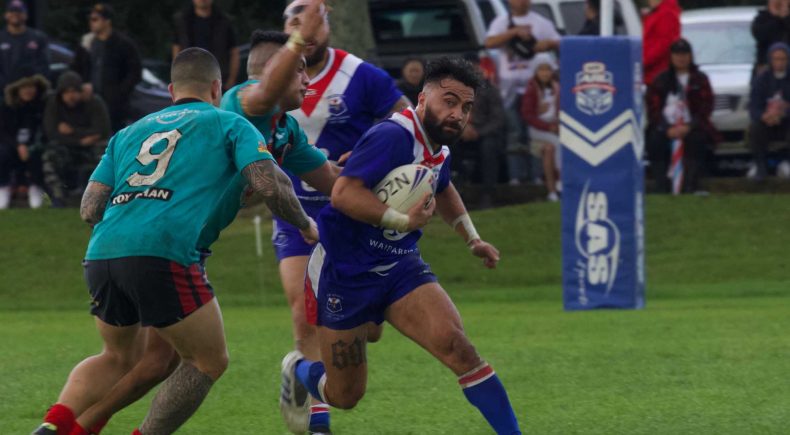 Results from Round Two of the 2020 SAS Fox Memorial Premiership (First Division) competition.

Mt Albert 32 defeated Bay Roskill 18
A big second half effort saw Mt Albert overcome a gritty Bay Roskill side and retain control of the Roope Rooster in the process. Wing Nehumi Teu grabbed a double for the Lions, while Preston Riki was a standout in the pack following on from his two-try showing last week.

Richmond 4 lost to Glenora 14
A double to centre To’o Alo proved the difference for Glenora in a low-scoring match against Richmond at Grey Lynn Park. Caleb Uele was strong at prop for the Bears, with Alo scoring the first and last try of the game.

Te Atatu 40 defeated Mangere East 18
A hat-trick to Cortez Taulu and first-half double to hooker Isaac Misky were among the highlights of Te Atatu’s win over Mangere East in west Auckland. The Roosters led 24-4 at the break and went on with the job in the second. In a beaten side Mangere East prop Feao Tongia was a strong performer.

Marist 10 lost to Northcote 30
Doubles to centre Casey Smith and prop Trent Schaumkel helped Northcote to a big win over Marist, after the Tigers led by just four at half-time. After a comfortable win last week which had them atop the first division ladder, it means Northcote will remain in the top bunch of teams heading into round three.

Howick 10 lost to Otahuhu 30
A dominant first half set Otahuhu up for a big win over defending premiers Howick. The Leopards led 22-0 at the break and then went on with the game, with the game management of Willie Stowers and energy of young dummy-half Taniela Otukolo being key features of the win.