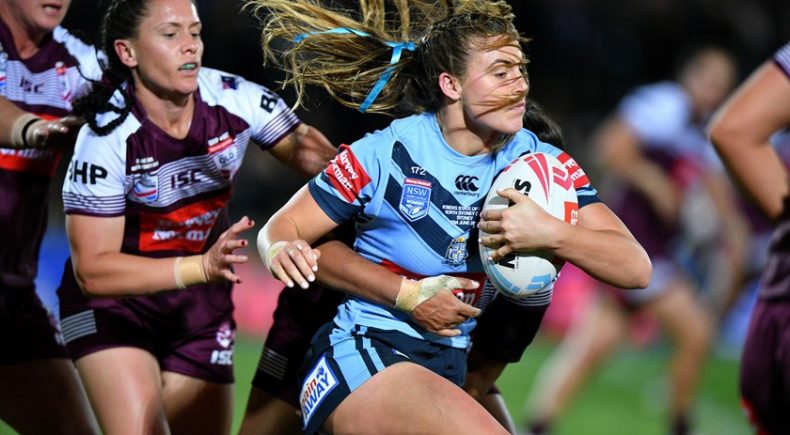 State of Origin will enter new territory when the series is played for the first time in November over three consecutive Wednesday nights.

The NRL has announced the 2020 fixtures will be played on November 4, 11 and 18. Venues are yet to be finalised.

It was also announced on Thursday that the women’s State of Origin match – which was originally due to be played in June – has been scheduled to go ahead in November as a standalone fixture on Friday, November 13.

With the rearranged Origin schedule due to the COVID-19 pandemic forcing the NRL to reschedule its entire calendar, the men’s series being played over three consecutive weeks will present unique challenges for coaches and players alike.

NRL interim CEO Andrew Abdo said the rescheduling of the Origin series this year was an enormous opportunity to give fans an uninterrupted series in November.

“The changes to the schedule this year have allowed Origin to be played after the grand final – which is a first for the game, 40 years after the birth of the country’s biggest sporting rivalry,” he said.

“And to have our women’s Origin match on prime time on a Friday night – just two days after game two of the men’s series – will make this two-week period an historic one for the sport.

“This season will offer storylines, drama and excitement that cannot be scripted. Kick-off cannot come soon enough for all of us.”

Former Blues coach Craig Bellamy conceded he wasn’t initially a fan of playing Origin at season’s end but has changed his tune.

“I’m a bit of a traditionalist I suppose – I’d like to put it in the program where it usually is. But I think we want to be playing Origin in front of crowds if that’s possible, and the higher probability of that happening is obviously the end of the season, so to be quite honest I have warmed to that idea,” he said.

“The other benefit is it’s not interfering with the clubs either. It can take a fair bit out of your club if you’ve got a few representatives in Origin. So that’s a good part for all the teams.

“I know the NRL have gone out of their way to try and make things really even for everybody. I know you’re not going to get that done all the time.

“It’s obviously a lot harder than the NRL physically. But the emotional part of it too is something … I got a bit of a surprise when I was in there too. It takes a lot of out you, just emotionally, especially after you’ve lost an Origin game.

“They’re used to playing Origin, but they’re not used to backing up the next week. How they recover and the team that loses the games, how they [deal with] that setback and get back on the horse again, I’ll be really interested in how they handle that.”

QRL CEO Rob Moore said while discussions were still ongoing to finalise the venues, the confirmation of the November scheduling was an important step forward during the unprecedented times of the COVID-19 pandemic.

“We’ve been in consultation with the NRL about the restart of the season, and we’re grateful that Origin has always been a part of those discussions,” Moore said.

“Now that the dates have been officially released, our coaches and performance teams can step up some of their planning.

“We’re very thankful to the NRL, state and federal governments, as well as the broadcasters and clubs, for being able to reach this outcome in the midst of such a challenging period.

“State of Origin is a key property for everyone, particularly Queensland supporters who are some of the most passionate fans in the country.”

NSWRL boss David Trodden said everyone would adapt to the unusual set-up in 2020.

“Holding the series at the end of the season will present a new challenge for Brad Fittler and his coaching staff and the players but I’m confident they will meet it and do everything they can to make it three series wins in a row,” he said.

“I’m also pleased that the NSW Women’s Origin team will get a chance to defend the shield they fought so hard to win for the past two seasons.

“Origin is the showpiece event for rugby league and I can think of no better way to end the season.”