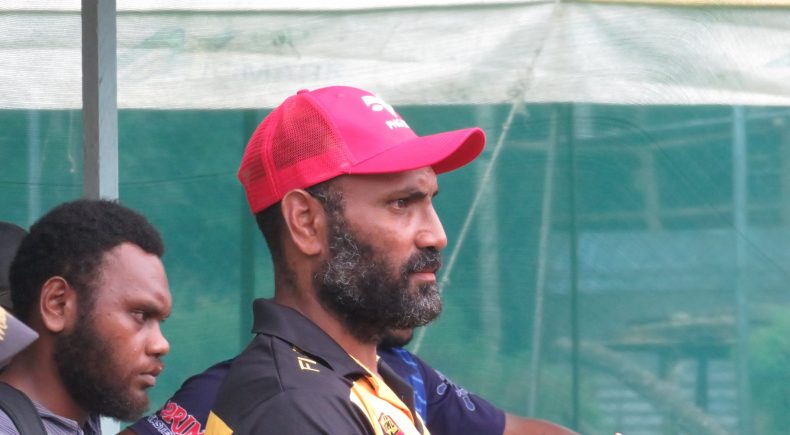 PNGRFL Director Graham Osborne said the new facility will be used by rugby league players and teachers in schools right up to the seniors from the Islands Region.

“I am here on behalf of the PNGRFL Chairman Sandis Tsaka to open this new facility and announce that Michael Marum has been appointed the new PNGRFL High Performance Manager,” Osborne said.

“This centre will not only allow players of all ages and gender to come and learn new training skills and methods from Marum but will also be an avenue for coaches, referees, trainers and officials involved in the game to learn from him,” Osborne said.

“This is a pilot project we are embarking on in the New Guinea Islands region and if successful, will be extended to other regions around the country over time,” he added.

Osborne said teachers, parents and those volunteers who nurture children at young ages will be taught the basic skills and drills by Marum and these can be coached at the early ages.

“Many things children learn while young stick with them for a lifetime. Rugby league skills and drills learned will progress their careers their rise through the ranks,” Osborne said. “Quality outcomes through this centre is imperative.”

After the opening, the centre took delivery of a vehicle from Boroko Motors. “Thank you Boroko Motors for your continued support,” Osborne said.

He urged other sponsors and partners with PNGRFL to continue their support to the center and facilities. “This is where every support and assistance is needed and we at PNGRFL and everybody involved in the Greatest Game of all value and treasure your contribution.

High performance manager Michael Marum said the centre will be opened anytime from 6.00am to 7.00pm depending on schedules.

“It will cater for the elite players both boys and girls from the region and normal gym rules will be applied,” Marum said.

He said an Instructor will be recruited as the contact person to schedule appointments and supervise the use of the facility.

Marum said the NGI Confederate office is in the same building and with Solomon Darius, they will assist with any issues related to rugby league in the region. “It is important that our players both boys and girls learn the skills and drills and develop good attitudes at an early age,” Marum said. “I will pursue this to ensure all our players in PNG reach their potential at the highest level.”

He acknowledged Boroko Motors for the delivery of the vehicle which will assist greatly. “I wish to also thank Trukai, Coca Cola and all our other partners, the East New Britain Provincial Government and all the families and volunteers for your continued support in developing our game in the region.

“We really value this assistance and support,” he said.