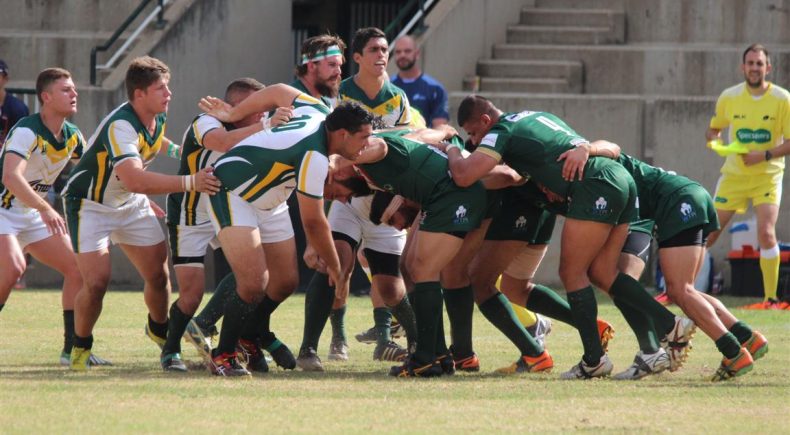 South Africa have won the bid to host the men’s 2020 Middle East and Africa Championship, which will take place in Pretoria next October.

The 2019 version was recently held in Lagos, Nigeria and also involved Cameroon, Ghana and Morocco – the hosts taking the title after defeating Morocco in the final.

South Africa Rugby League Sporting Association chief executive officer, Frans Parsons, commented: “Players, officials and fans can look forward to a great experience here. The partnership between our federation and the University of Pretoria means everything can be hosted on one site in a world-class facility. The Hatfield sports campus has held many international events and teams in a variety of sports, so to add rugby league to that list is huge feather in our cap.”

Parsons continued: “It has come at exactly the right time as the game is growing here. Hosting and taking part in an international tournament will be a huge boost to everyone involved in the sport. If the recent competition is anything to go by, we will have some fantastic games and take the participating nations out into the surrounding schools and clubs to ensure we continue to support our communities.”

RLEF general manager Chris Thair, whose board evaluated a number of proposals, said: “The South African bid was very strong and I know from personal experience that it is a wonderful place to go and play rugby league. The MEA Championship is still in its early stages of development, however, with the facilities, partners and people involved in South Africa, I know the tournament will build upon that held in Nigeria and help everyone to grow.”

Thair added: “Following the 2020 Championship, the tournament will move to a two year cycle and fall into line with similar federation competitions in Asia-Pacific, the Americas and Europe. The Middle East and Africa region is a very exciting growth area for the whole sport. I’m looking forward to seeing this tournament expand and what South Africa will offer. International rugby league is developing well with clear plans for the future.”

SARLSA will host the MEA Championship at the renowned TuksSports Campus, LC de Villiers Sports Ground at the University of Pretoria. All players and officials will be able to enjoy top class accommodation and training facilities on offer at the TUKS High Performance Centre.

South Africa will be joined by three other nations, one of whom will be current defending champions Nigeria, with the others to be announced early next year.