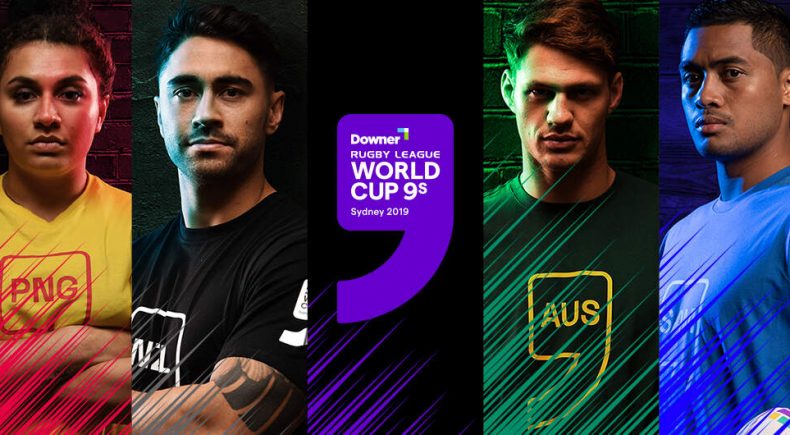 A live streaming channel for Rugby League Nines has been established on international sports broadcast platform OVOPlay to take this weekend’s World Cup Nines and subsequent tournaments to the globe.

As 12 men’s and four women’s teams prepare to compete in the Downer-sponsored tournament at Sydney’s Bankwest Stadium this Friday and Saturday, Australian sports broadcasting and telco company OVO has set up a dedicated channel for the abbreviated version of the sport.

Both days’ play will be telecast Live Here, where a hub for all Nines activity around the world will now be located. The concept is the result of collaboration between by the Nines Organising Group – which works with the newly renamed International Rugby League, IRL (formerly Rugby League International Federation, RLIF), sports rights firm Langley Smith and OVO.

The World Cup Nines on October 18 and 19 will be broadcast on the platform into eight competing nations: France, Samoa, Lebanon, Papua New Guinea, Tonga, United States, Cook Islands and Fiji with a combined fan base of over three million people.

Nines tournaments are played each year in places as diverse as Rotterdam, Vancouver, London, Toronto and Rio. The Nines Organising Group will tomorrow (Thursday) report to the International Rugby League Congress at Darling Harbour about its work to establish a circuit as soon as next year.

Matt Jones, CEO of OVO, said: “This announcement represents our mission at OVO; borderless global broadcasting at its best. The team at OVO are incredibly proud to be bringing one of the biggest sports on the planet to its global fan base, enabling millions of Rugby League fans around the globe to access the live broadcast on our global sports broadcasting platform OVOPlay, and even better, its free!”

Former NRL and Super League player Jimmy Smith, involved in both Langley Smith and the Nines Organising Group, added: “This is such a landmark moment in the evolution of Nines Rugby League and rugby league in general. Like all sports, an abbreviated, high paced format is a calling card to the rest of the world and Nines provides that for rugby league. Langley Smith and Nines Organising Group are excited to be working with our broadcast partner OVO and look forward to this continuing long into the future.”