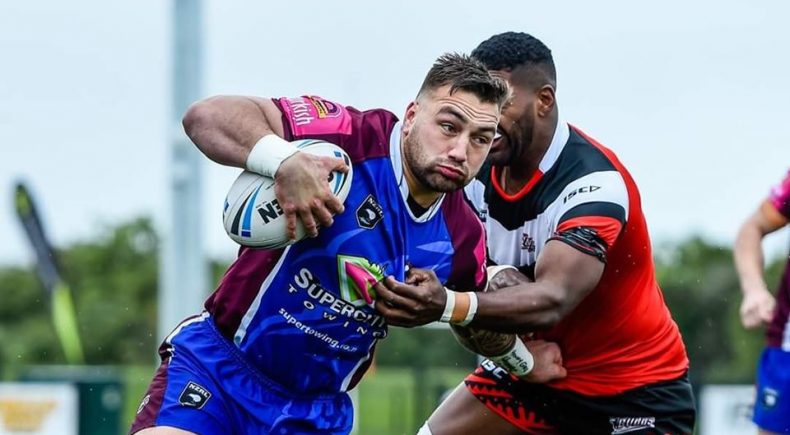 The Akarana Falcons were reigning premiership champions coming into the finals, prepared to play a passionate and undefeated Canterbury Bulls team on their home turf.

From the moment the whistle blew, there would be nothing between the two teams until clever play set up Captain Francis ledger’s opening try on the eighteenth minute to put first points on the board.

The Bulls would soon strike back off a nice play from the outside backs. Canterbury number four, Jope Tagicakiau had a magnificent offload to teammate Regan Stanton who scored a try in the corner. Stanton again took the opportunity to score another try, proving the fine-looking left edge was a real threat to the Akarana defence, closing the gap between the teams.

Akarana Hooker Josiah Afu would score before half time with a successful conversion to take the lead into the second half over Canterbury.

Akarana’s number nineteen Nalu Tuigamala, was the first to score in the second half extending their lead but Ledger would miss the conversion off the posts. The match was still within reach for Canterbury at 16-10 with twenty minutes remaining. Akarana would deny the hosts any opportunity to take the lead for the rest of the match with a bombardment of tries from the visitors. Brilliant attack from Akarana created opportunities and eventually tries for Afu and Solomon Vasuvulagi.

With only ten minutes to go Canterbury set up for a last-ditch attempt to attack the line. Akarana defence was tested by the do or die attitude from the Canterbury side but in the end, was no match for the reigning champs.

Akarana came away with the win in the end, beating Canterbury and retain their Premiership title with a convincing win. The final score 28 – 10.