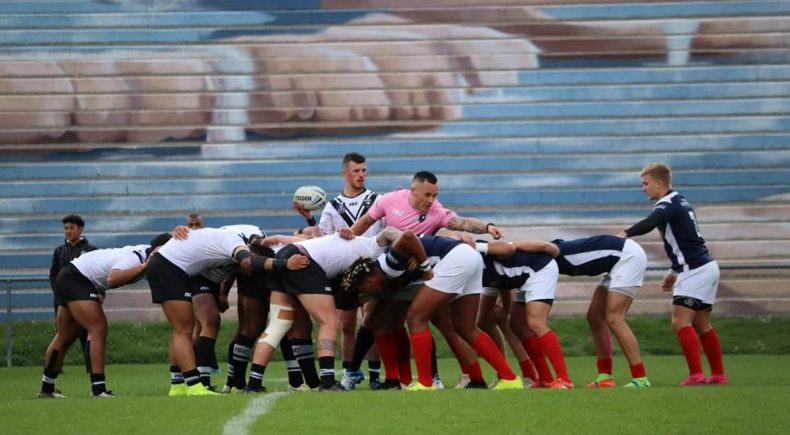 A passionate rendition of Te Iwi Kiwi from the NZ18s set the bar for what would be a tough battle between two high-quality sides. France U19s were full of confidence fresh off two wins against Waikato and Canterbury, and the NZ 18s were eager to kick off their 2019 campaign with a win – this game was set to be a good one.

Nine minutes into the match, Canterbury prop Caius Faatili, rolled over for New Zealand’s first try, impressively the Canterbury Bulls star is also set to take the field at the NZRL Premiership final on Saturday against Akarana.

Eighteen minutes in France scored their first points as Thomas Soler showed good pace to run away with an intercept try. NZ hit back shortly after as Jonah Palota-Kopa dived on a grubber from Coleman to make it 10 – 4. NZ continued its dominance throughout the rest of the half with Caius rolling over for his second in the 27th minute soon followed by back to back tries to Jordan Coleman, Taniela Otukolo and Semisi Tapa. NZ’s attack proving too much for France with six tries to one during the first forty, half time score: 32 – 4.

New Zealand continued to dominate on attack as Feao Tongia opened the second half scoring soon followed by a try to Caleb Pese to make it 44 – 4. However, any thoughts of it being a one-sided match were quickly put to bed as France mounted an impressive comeback. The French starved NZ of possession for most of the second half, although at times made easy by the NZ’s own handling errors, France showed pace and attacking smarts to score 22 unanswered points in the second forty, with tries to Thomas Lacans, Jason Goffin, Matthew Cozza and Valentin Zafra.

44 – 26 marked the full-time score as NZ18s came away with the win in what was an entertaining but tough battle between the two sides. Both teams head to Auckland’s Pulman Park on Sunday as the French set to take on Auckland U19s while the NZ 18s prepare for their clash against TOA Samoa. 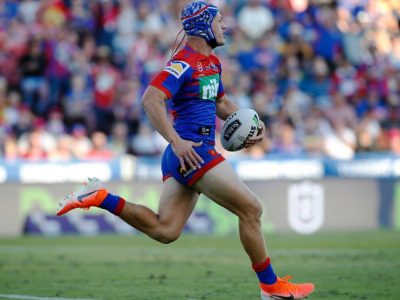 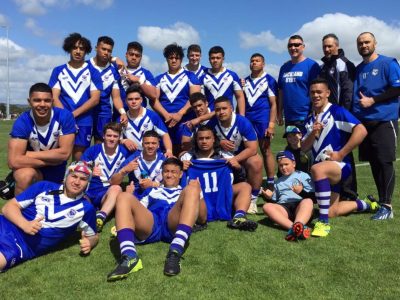 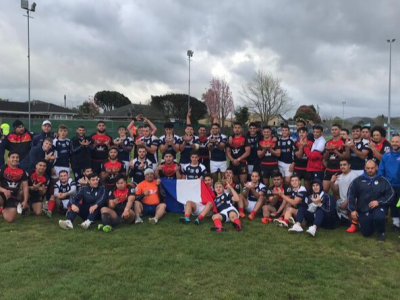 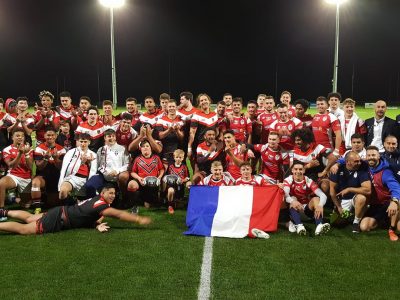