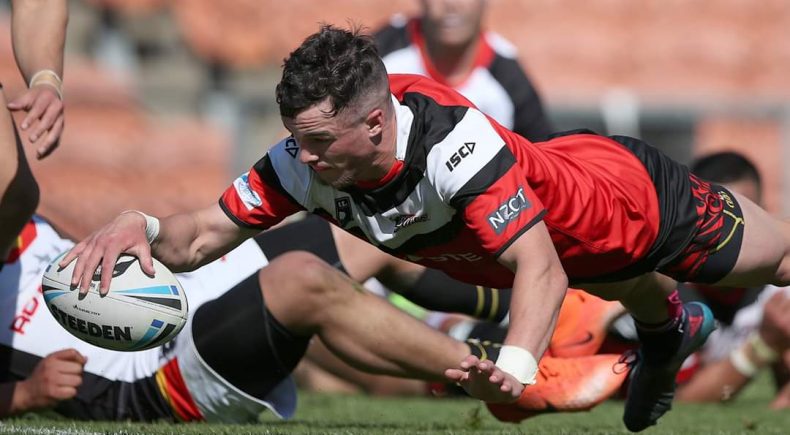 The Canterbury Bulls’ dominance continues in round two of the National Premiership Competition, coming away with a 46 – 6 victory over a spirited Waikato team.

Canterbury fullback, Jordan Coleman, opened the match scoring the first try of the day, set up after an offload from the number seven Brad Campbell. Within minutes the Canterbury halves ignited the attack to set up for another try, this time from the co-captain Tevin Arona, setting the tone for the rest of the match.

Wounded from their defeat last week against Canterbury, the Akarana Falcons came out firing at Pulman Park for game two.

Save my Bacon player of the month Eiden Ackland opened the scoring for Akarana for the second consecutive week which was soon followed by a barrage of tries from the impressive Akarana team.

Counties Manukau are set to face Canterbury next week in Christchurch while Akarana take on Waikato in Hamilton for the final round of the National Premiership Competition.