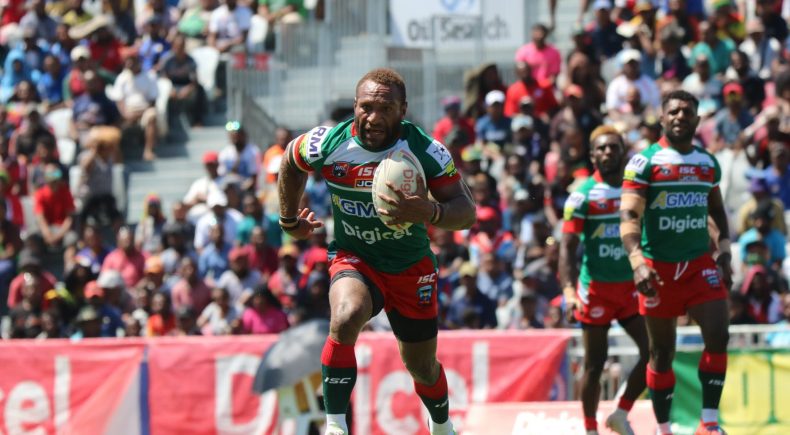 The Goroka Lahanis will face the Hela Wigmen in Week Two of the 2019 Papua New Guinea Digicel Cup Finals after both teams recorded victories in Sunday’s Final at the National Football Stadium.

In front of just under 10,000 fans at the main stadium in Port Moresby, the Hela Wigmen opened the Elimination Finals Double Header with a 13 – 4 win over the Rabaul Gurias.

Second rower, Emmanuel Waine, put in a man of the match performance for the Wigmen, scoring two tries in the first half to give the team a 12 – 0 lead at halftime, before putting in a strong defensive performance in the second half.

In the other match, after a tight first halftime, the Goroka Lahanis ran riot in the second half to run out 22 – 4 winners over the Mt Hagen Eagles.

The Lahanis and Wigmen will now face off in the Minor Semi Final next week, whilst the Lae Tigers and Waghi Tumbe will play off for the opportunity to qualify for the 2019 Digicel Cup Grand Final.