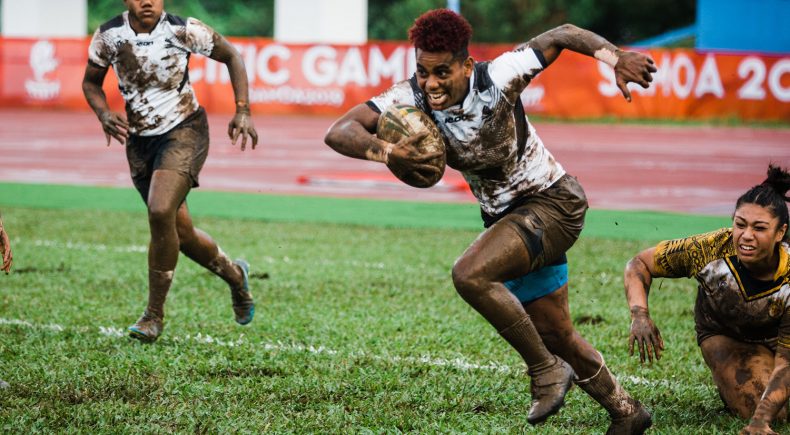 The gold medal match was a tight affair and remained scoreless for much of the first half before Fiji’s Timaima Ravisa scored a breakaway try to give her side a 4-0 lead at the break.

Ravisa said it was a monumental effort from her side to hold out repeated PNG attacking sets. “I told the girls ‘we only have one goal today, for this tournament, to bring back the gold to Fiji’,” she said. “And the girls held onto their personal goals and the team goals to not let PNG get across our defensive line.”

PNG captain Janet Johns said although her side was disappointed to come away with silver rather than gold, this was a milestone moment for women’s rugby league in PNG. “The feeling of winning silver is not really good, but it’s an achievement because it’s the first of its kind to win silver in the first women’s rugby league 9s event, but our aim was to win gold. It was really tough for us out there.”

In the bronze medal match, Cook Islands posted an ultimately comfortable 24-10 victory over Samoa, although it was a close contest for much of the game. Cook Islands winger and former Olympic sprinter Patricia Taea scored two tries, as did captain and NRL women’s star Kimiora Nati.

“It’s so surreal,” admitted Nati.“Coming off losing to PNG in the semi-final, our heads were low and it was just do or die for us whether we wanted it, and I guess we wanted it more. Hopefully this will mean more development of women’s rugby league back at home, and get everyone on board.”

Samoa captain Maitua Feterika, normally Nati’s teammate at the New Zealand Ferns and Brisbane Broncos, was devastated to miss out on medals. “I’m just really emotional that we couldn’t get it for our country, and especially for ourselves,” she said. “It hurts, but it’s all about giving back to Samoa and showcasing our talent, the many talents that the girls have.”

In a show of Pacific solidarity across men’s and women’s rugby league, players from Samoa, Fiji, PNG, Cook Islands and Solomon Islands (the nations that were competing in both events) cheered on and celebrated with their counterparts. 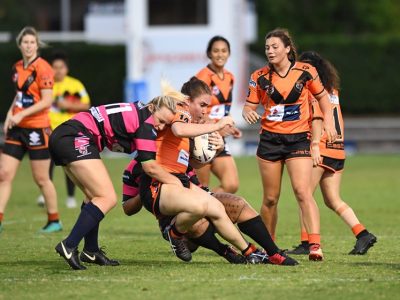 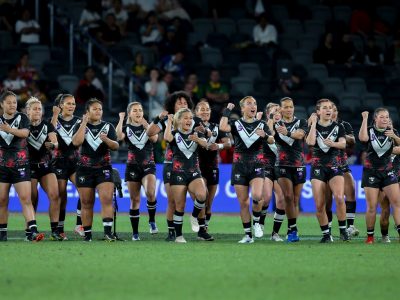