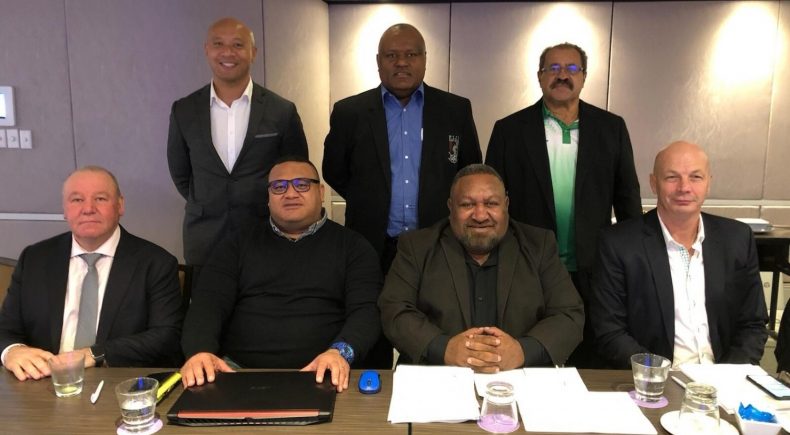 The Asia Pacific Rugby League Confederation (APRLC) held its Annual General Meeting for members in Parramatta, Sydney on Thursday June 20th. The confederation is the Associate Member of the Rugby League International Federation (RLIF) which represents the nations in the southern hemisphere.

The meeting was the most representative ever with delegates from four continents, Oceania, Asia, Africa and South America.

“First of all, I would like to welcome Sandis and Greg to their new roles and wish them all the best.

“This is a really exciting era for the game in this part of the world and the APRLC is central to the continued growth and development in the region. As one of currently two confederations of the RLIF, it is essential that the APRLC is the driving force for the sport across the Southern Hemisphere. They have grown significantly over the past 10 years and will continue to do so. We have had delegates representing countries on four continents which is a fantastic achievement, a huge responsibility and full of opportunities.”

“We are all looking forward to growing and building a strong membership and enjoying the range of competitions that are now on offer starting this weekend with the World Cup Qualifiers and the first games in the RLIF Oceania Cup.”

Mr Sandis Tsaka was also enthused by the meeting and commented:

“I want to place on record our thanks to Su’a and Charles for their service to APRLC. The outcome of their work was clear to see at our meeting with so many delegates and so much activity to discuss. These truly are exciting times for rugby league in the Southern Hemisphere.”

Our board is focussed upon the opportunities that lie ahead of us. Thanks to the diligent work of the previous board, supported by the board of the RLIF, our member nations large and small and the staff and volunteers, we are expanding the sport across the region and with our framework of competitions and our support programmes for members, that will only continue.”